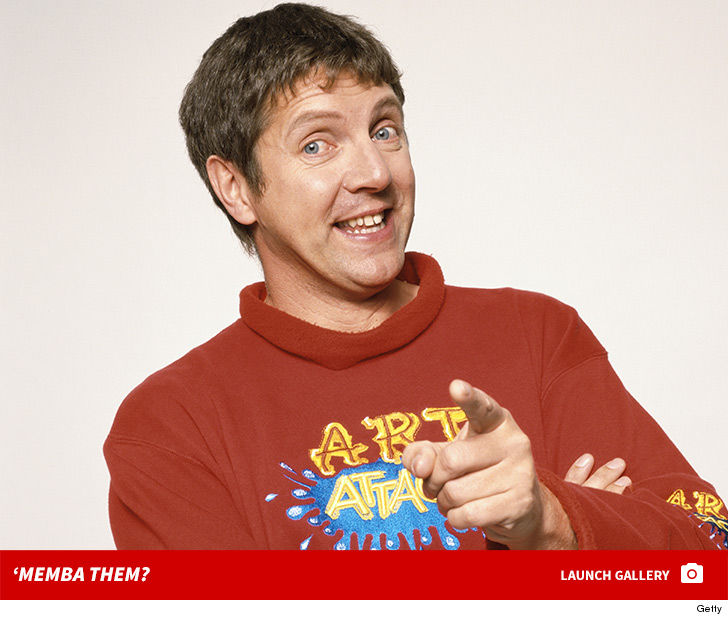 “Art Attack” was first introduced to young viewers on CITV in Britain but was also adopted by Disney Junior and was watched state-side from 1990 to 2007.

While Neil was the only living host to the mixed media program … Buchanan at times shared the show with the two puppets The Head and Vincent Van Coconut.