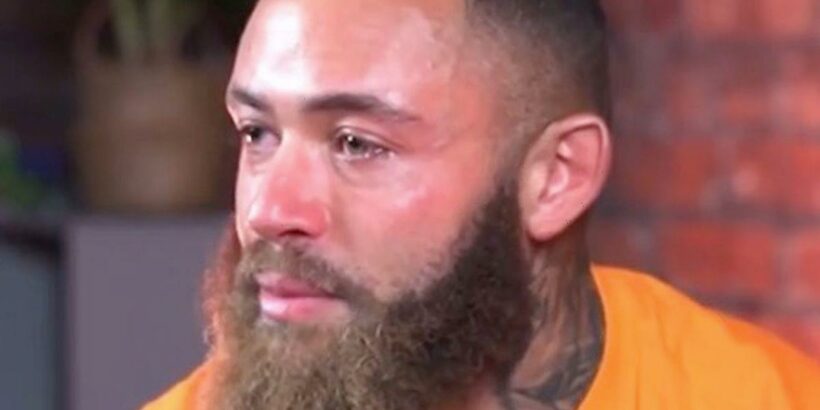 Ashley Cain has revealed 2021 was the toughest and worst year of his life, but he would relive it if he could in order to spend more time with his late daughter Azaylia.

The former Ex On The Beach star, 31, and his girlfriend Safiyya Vorajee, 33, were left devastated when their little girl lost her battle with acute myeloid leukaemia at eight months old.

Now, the grieving father has taken to his Instagram to share how he and his other half coped while their daughter was in hospital.

Sharing a clip of himself speaking in an interview, he explained: "I want to tell you something about Azaylia and how she changed my life and it all starts from when we were in hospital."

Ashley explained that finding out about his daughter's illness is "enough to bring any parent down to their knees".

He shared how he and girlfriend Safiyya made the decision to never cry in the room with Azaylia and to always make it like "Club 100" in order to bring happiness to their daughter's life as she endured "pain".

"And as much as we thought initially that we were doing a good job for Azaylia, Azaylia was the one that ended up giving us our strength," he continued.

Ashley, who recently revealed he's trying to "earn his place in heaven" to be with Azaylia, said their daughter helped them smile and get through the heart-wrenching time. Breaking down in tears, he went on to gush over how Azaylia inspired him.

He said: "That's why Azaylia is my hero and Saf's hero, because she not only motivated and inspired us to be better people but she inspired a world in a time that was going through a global pandemic."

Ashley then explained how he went through a period where he tried to "connect with the grim reaper, the devil, anybody" in a bid to exchange his own life for his daughter's.

In the caption, the dad went on to share how 2021 was by far the worst and best year of his life, but he would relive it "over and over again" if it meant he could spend more time with Azaylia.

"It’s held moments that nightmares couldn’t quantify, but memories I will protect and cherish forever. Where I’ve felt the lowest of low, but also witnessed how truly happy a man can be.

"A time where I’ve been at my weakest, but also discovered an indescribable level strength within. 2021 will always go down as the worst year of my life, but one I would live over and over and over again till the day I die."

Ashley added: "Because, I held you, I hugged you, I kissed you and I got to spend every single day by your side in battle. Azaylia Diamond Cain…

"You my little girl are and will always be your daddy’s hero." followed by a lion emoji and an orange heart emoji.

Stay up to date with all the latest on Ashley Cain by signing up to OK!'s daily celebrity newsletter.