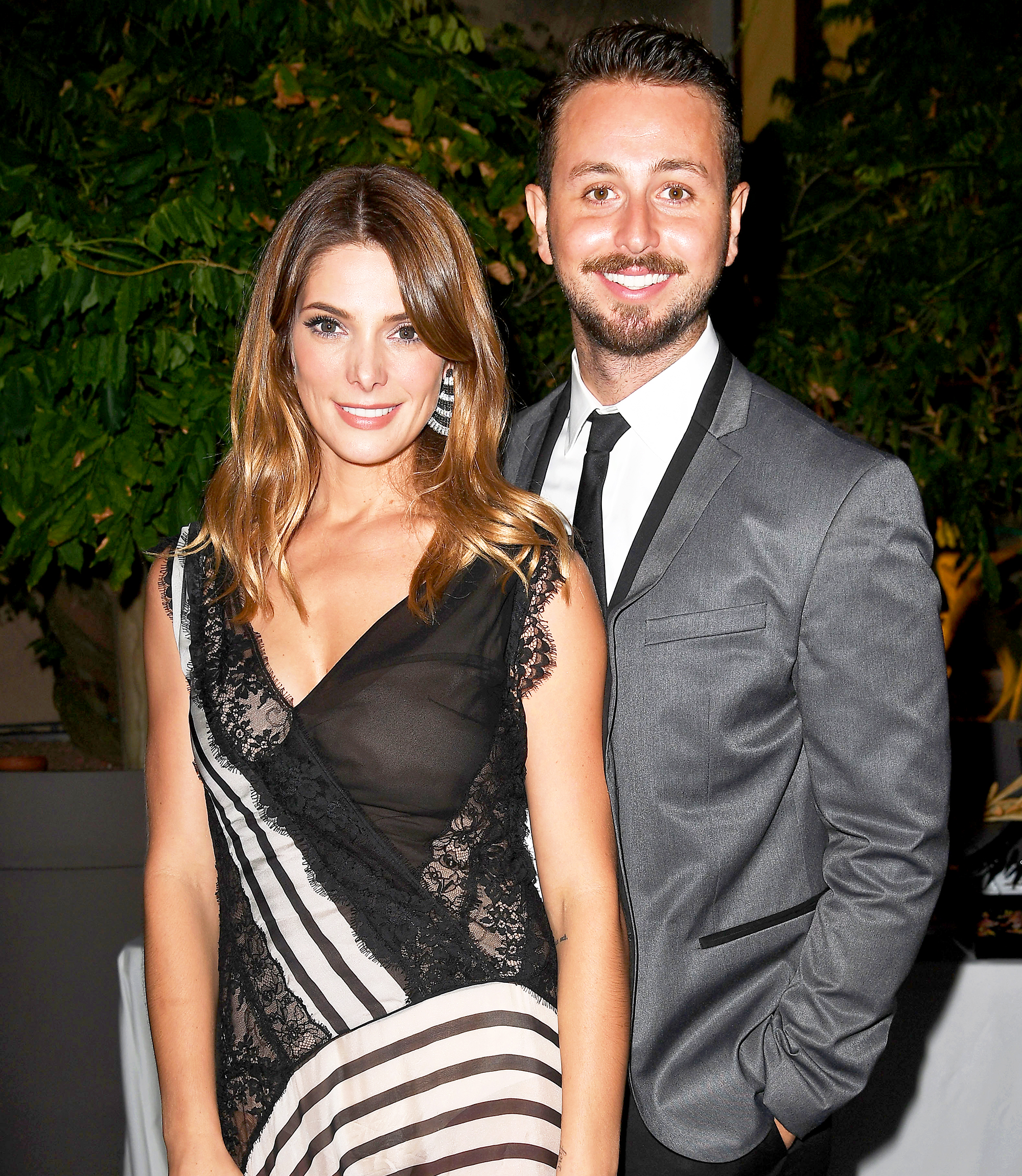 The moment Ashley Greene has been waiting for has finally arrived! After more than a year-and-a-half of engagement, Paul Khoury took his first look at his new bride on Friday, July 6, as she walked down the aisle in a Katie May gown with a low back.

As seen in pictures published by Brides, she later changed into a stunning sheer and floral Windi-Williams Stern dress for the reception.

“She’s my magician,” Greene told the outlet of Stern. “I’ve worked with her for over a decade for anything I do on the red carpet,” Ashley says. “She created a masterpiece for me, and I can’t wait to dance the night away in it!”

The couple said their “I dos” before a reported 120 friends and family members in San Jose, California, including A-listers such as Liam Hemsworth, Zac Efron, Brittany Snow, Lauren and Aaron Paul, Ashlee Simpson and Evan Ross. The ceremony took place in grove of redwoods as Greene and Khoury recited self-written vows to one another.

The Accident Man star, 31, told Us Weekly back in May that it was something she was looking forward to. “I think that the first dance is really going to be something I cherish,” she said.

The Twilight actress also revealed that she would be doing her best to avoid any tears for her vows, saying, “The one thing that I 100 percent am not doing [is] the first look, because seeing the look on your soon-to-be husband’s face when you walk down the aisle, it’s the thing that always makes me cry when I watch weddings. So that I am very excited about.”

Khoury, 30, proposed to Greene in December 2016 after three years of dating with a magical trip to the bottom of Bridal Veil Falls in New Zealand.

As Greene told us in May, they have since taken their time enjoying the process. “Paul and I decided going into this engagement, it’s been a bit longer of an engagement by choice, because we really wanted to be able to look back and have enjoyed this process. A lot of people, I think, rushed a wedding and they really don’t enjoy their engagement stage and I think that’s something that I was really excited about,” she quipped.

She fell in love with the Australian TV personality much quicker, however, telling Us, “Three months of dating him I knew that I loved him, which is very, very quick for me because I am not that girl. Like, why don’t we date for at least two years before we get engaged? There is no timeline for engagements. To each their own. Everything progressed the way it should. There was no defining moment where I was like, ‘I’m marrying you.’ But I think it’s like this thing that you kind of innately know all along as you progress.”

The Staten Island Summer actress had her bachelorette party in Miami, Florida, during which she and her gal pals went topless on the beach.