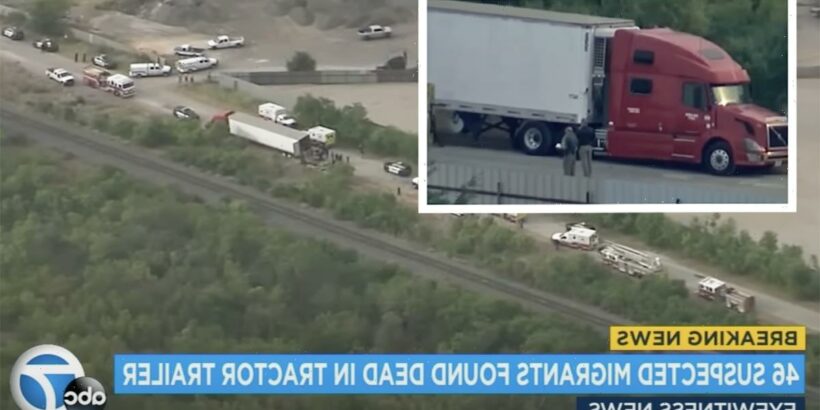 At least 46 people were found dead in an 18-wheeler on Monday evening in San Antonio, Texas with 16 others transported to the hospital for care. Local authorities believe they were undocumented immigrants.

The tragedy unfolded at about 5:50 p.m. when the San Antonio Police Department received a call from an employee who worked at a nearby building. Chief William P. McManus said in a live press conference via Facebook on Monday night that the employee “heard a cry for help” and “came out to investigate.” He eventually discovered a truck on the 9600 block of Quintana Road. The door was “partially open.” Inside, he found 46 dead men and women. How horrifying…

Another 12 adults and 4 children were found inside the truck in poor condition. They were rushed to a nearby hospital in varying conditions. San Antonio Fire Chief Charles Hood explained that they were called to the scene with reports of a dead individual. When they arrived, they saw a trailer with one body outside and multiple inside. There was no working air condition inside the vehicle despite temperatures reaching 103 degrees in the area, leaving the individuals to be incredibly overheated, he shared:

“The patients that we saw were hot to the touch. They were suffering from exhaustion, no signs of water in the vehicle.”

Thankfully, the 16 individuals were conscious “at the time of transportation” to the hospital and are expected “to survive.” Two were admitted to University Hospital and at least five were brought to Baptist Medical Center in unknown conditions, People confirmed. It is still unclear exactly how many travelers were inside the trailer when it was initially abandoned near train tracks and an auto salvage yard, or how long people had been inside. Because of this, authorities do not know if everyone has been accounted for. For now, the local authorities are focused on getting the survivors back to health, Mayor Ron Nirenberg said:

“This is nothing short of a horrific tragedy. Our job is not to ask why. Our job is to ask how we can help. That’s why you’re seeing medical assistance. As far as the federal investigation goes, that’s in the hands of the feds. I’m sure there will be more questions and hopefully some answers as we move forward.”

They are also making sure their own law enforcement teams are provided with the appropriate mental health care after stumbling upon such a devastating sight, Chief Hood noted:

“We’re not supposed to open up a truck and see stacks of bodies in there. None of us come to work imagining that.”

A federal investigation has already begun. A representative for US Immigration and Customs Enforcement (ICE) told People:

“On June 27, Homeland Security Investigations (HSI) responded to a call from San Antonio Police Department (SAPD) in reference to an alleged human smuggling event involving a tractor trailer on Quintana Road near Cassin Road. Upon arrival in the scene, HSI confirmed more than 40 deceased individuals.”

Those with information have been asked to call HSI’s Tip Line, they continued:

“HSI continues its enforcement efforts to ensure the safety and well-being of our communities. We will continue to address the serious public safety threat posed by human smuggling organizations and their reckless disregard for the health and safety of those smuggled. To report suspicious activity, we encourage people to call the HSI Tip Line at 1-866-DHS-2ICE. All calls are kept confidential.”

The San Antonio Fire Department added that this is “an active and ongoing incident” with an investigation led by Homeland Security Investigations (HSI) with the support of SAPD. More details will be released when available. As of now, three people are in custody, but it is not clear if they are “absolutely connected” to the deaths, Chief McManus shared.

This officially marks one of the deadliest tragedies involving migrants. The last time something similar happened was in 2019 when 39 Vietnamese migrants died during a fatal road crossing incident in England, according to Sky News. The victims were found in a similar truck suffering from suffocation and hypothermia.

It may not be the last, either. As heartbreaking as that is. San Antonio is expected to see 19,000 migrants pass through its borders in June alone. The federal government will pay the city $10.8 million in reimbursements as part of the Emergency Food and Shelter Program for hotel rooms, food, and a planned processing center, per KSAT-TV. Assistant City Manager Lori Houston told the outlet:

“We’ve seen unprecedented numbers coming through San Antonio. The past three months, we’ve seen about 50,000 migrants coming to San Antonio from the border.”

We hope these travels don’t amount to more tragedies. What a devastating situation. Hear more on the case (below). 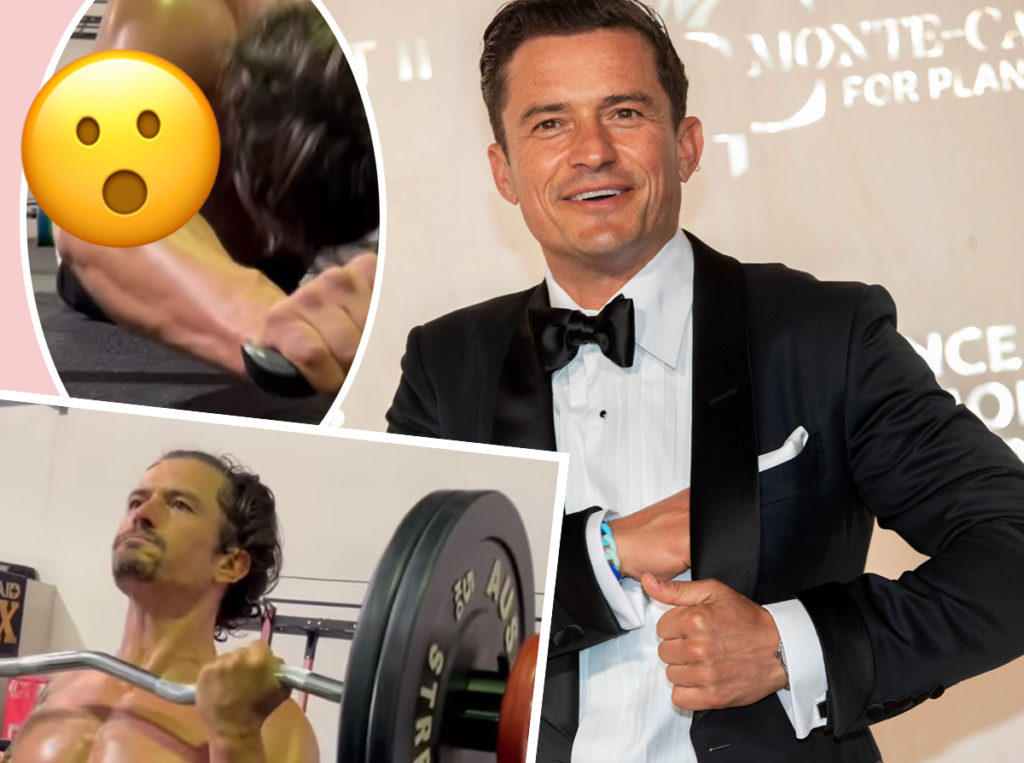 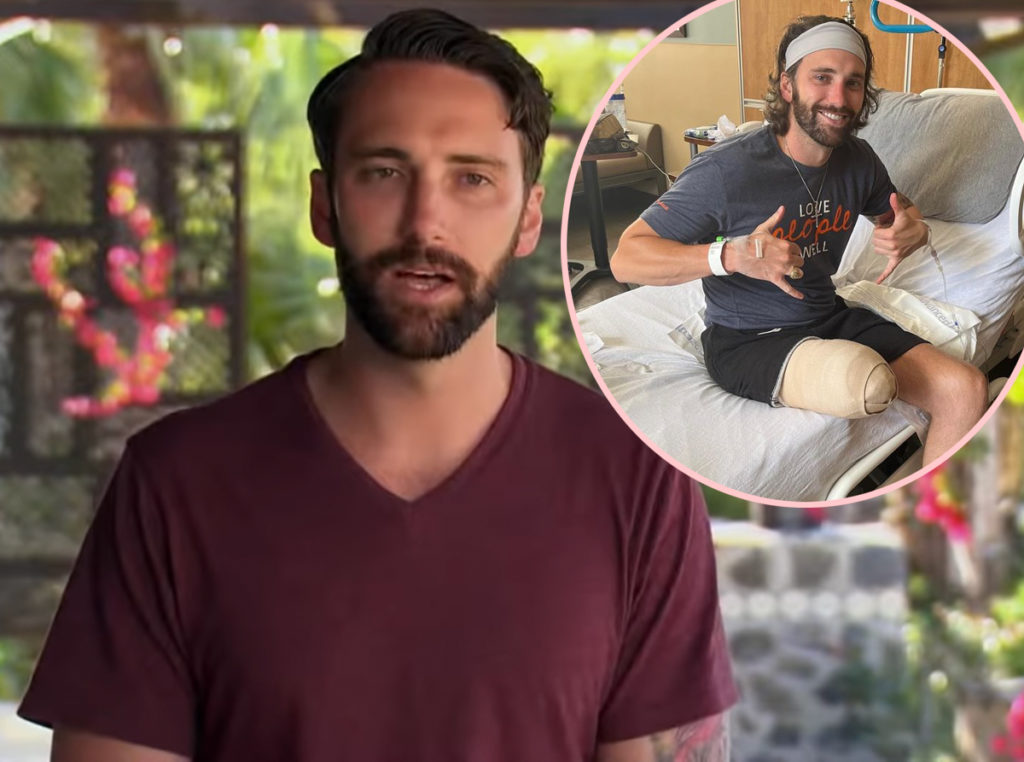 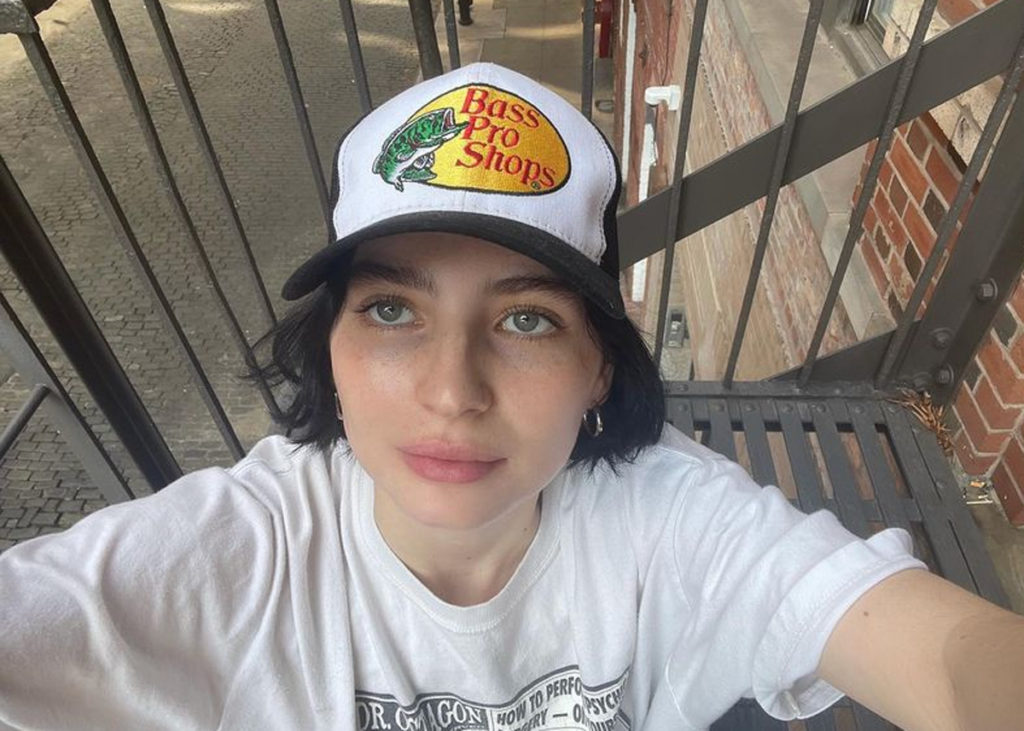 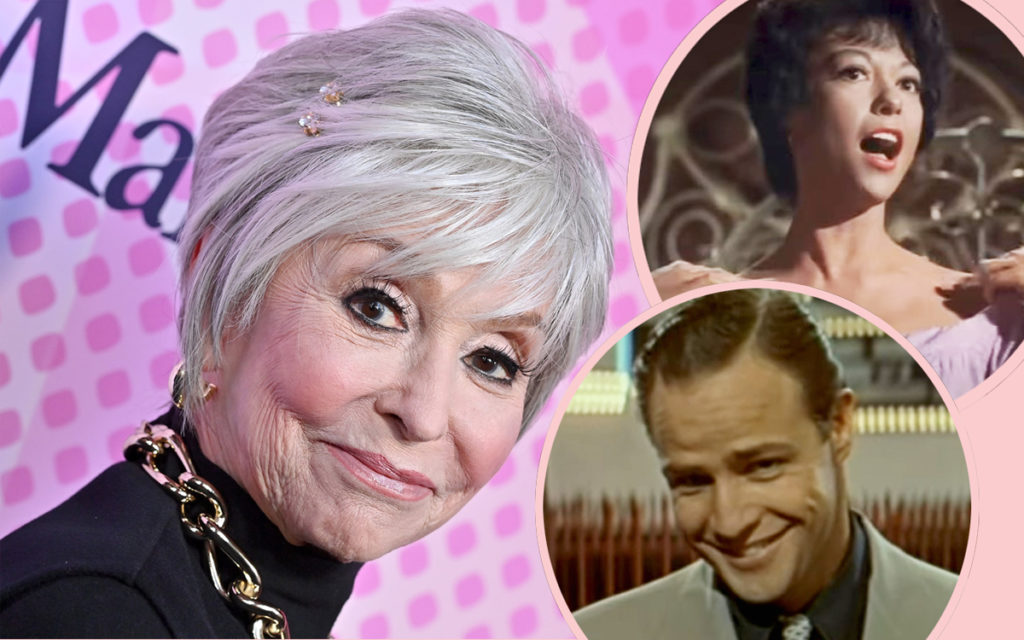