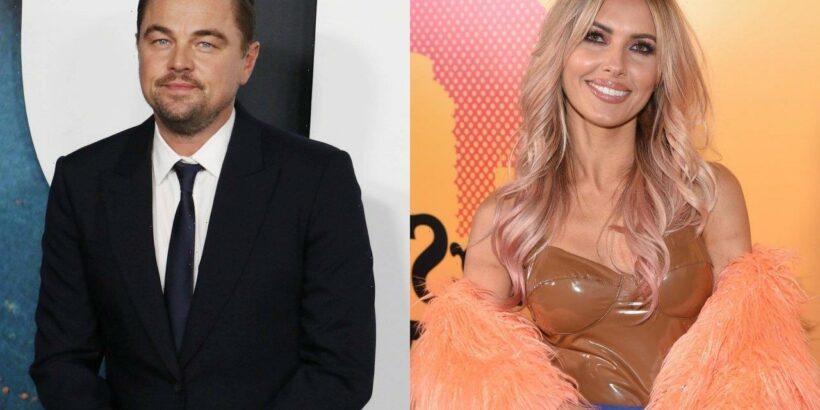 In her memoir titled ‘Choices: To the Hills and Back Again’, the ‘Hills’ alum recalls catching the eye of the ‘Wolf of Wall Street’ actor at an afterparty in a nearby club in Las Vegas.

AceShowbiz –Audrina Patridge claimed Leonardo DiCaprio once asked for her phone number. Recalling how she flew out to Las Vegas to attend a prince’s birthday party when she caught the eye of the “The Wolf of Wall Street” actor at an afterparty in a nearby club, the former star of “The Hills” found the idea of accepting his invitation to sit with him and his guests too “intimidating.”

“I was there with a few of my castmates from the film ‘Sorority Row,’ as well as Megan Fox and Brian Austin Green, and even Leonardo DiCaprio…,” the 37-year-old reality star revealed in her new memoir “Choices: To the Hills and Back Again”.

“This bouncer kept coming over to me [at the club] and saying that Leo would like to get me a drink at his table,” she added. “I looked over at his table, and he was surrounded by supermodels. It was intimidating!”

Audrina said she would go to his table but never did, so Leonardo eventually approached her to introduce himself. She continued, “I told him I knew who he was, obviously, and we chatted for a while. He asked for my phone number, and we texted a little after the trip to Vegas, but we never actually hung out.”

Even if they had met up, Audrina thinks her “constant filming” for “The Hills” and the “paparazzi attention” she received would have made it “too tough to make anything work” with the “Titanic” actor, because he is “very private.”

Audrina also claimed she turned down an approach from “Entourage” actor Kevin Connolly. She said, “The ‘Entourage’ guys were big then, and Kevin Connolly and Adrian Grenier were always around and up for a good time,” she wrote, alleging that Connolly was “a total ladies’ man and super flirty.” While she claimed he “chatted me up and tried to make plans a few times,” she “wasn’t into it.”