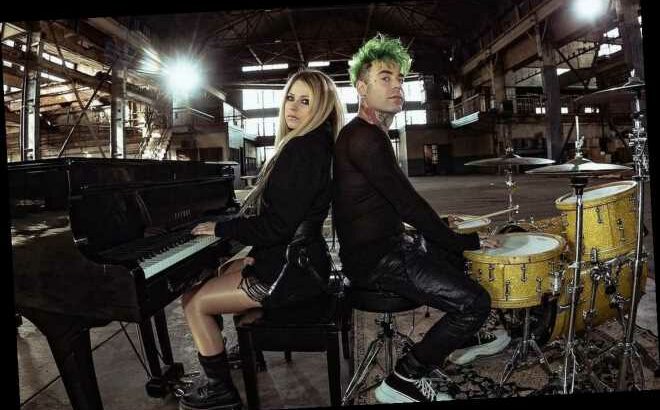 The ‘Complicated’ hitmaker is romantically linked to the ‘Internet Killed the Rockstar’ musician after they worked together in a song for his new studio album.

AceShowbiz –Avril Lavigne and Mod Sun are reportedly dating after “growing closer” when they worked together.

According to Entertainment Tonight, Avril and Mod Sun – real name Derek Smith – are in the early stages of a romantic relationship.

“Working together has brought them closer and Avril has a history of falling for people that she works with. She falls in love with them for their musical creativity and expression,” a source told the outlet. “Her working relationships often turn romantic.”

“Avril and Mod Sun have been spending a ton of time together and getting to know each other better.”

The pair, who have collaborated on song “Flames”, from Mod Sun’s upcoming album “Internet Killed the Rockstar“, first sparked romance rumours when they were seen out for dinner together in West Hollywood earlier this week (end07Feb21).

The romance would be the first for Avril since she split from billionaire heir Phillip Sarofim in November 2019 after less than two years of dating. Mod Sun, meanwhile, counts Bella Thorne among his famous exes.

Neither Avril nor Mod Sun have addressed the romance rumours on their social media accounts while representatives for the pair have yet to respond to requests for comment.

Avril Lavigne, who’s previously married to Sum 41‘s Deryck Whibley and Nickelback‘s Chad Kroeger, said that, while she still believed in love and would love to give marriage another try, she didn’t “really care so much about that.” She added, “I just care about being in a healthy relationship and just being happy.”