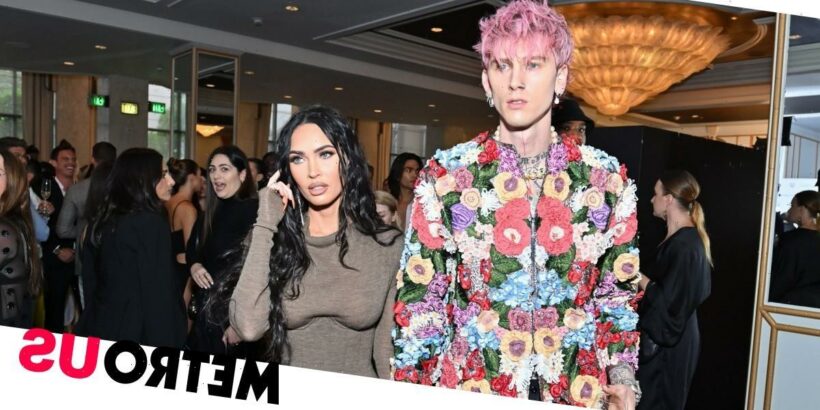 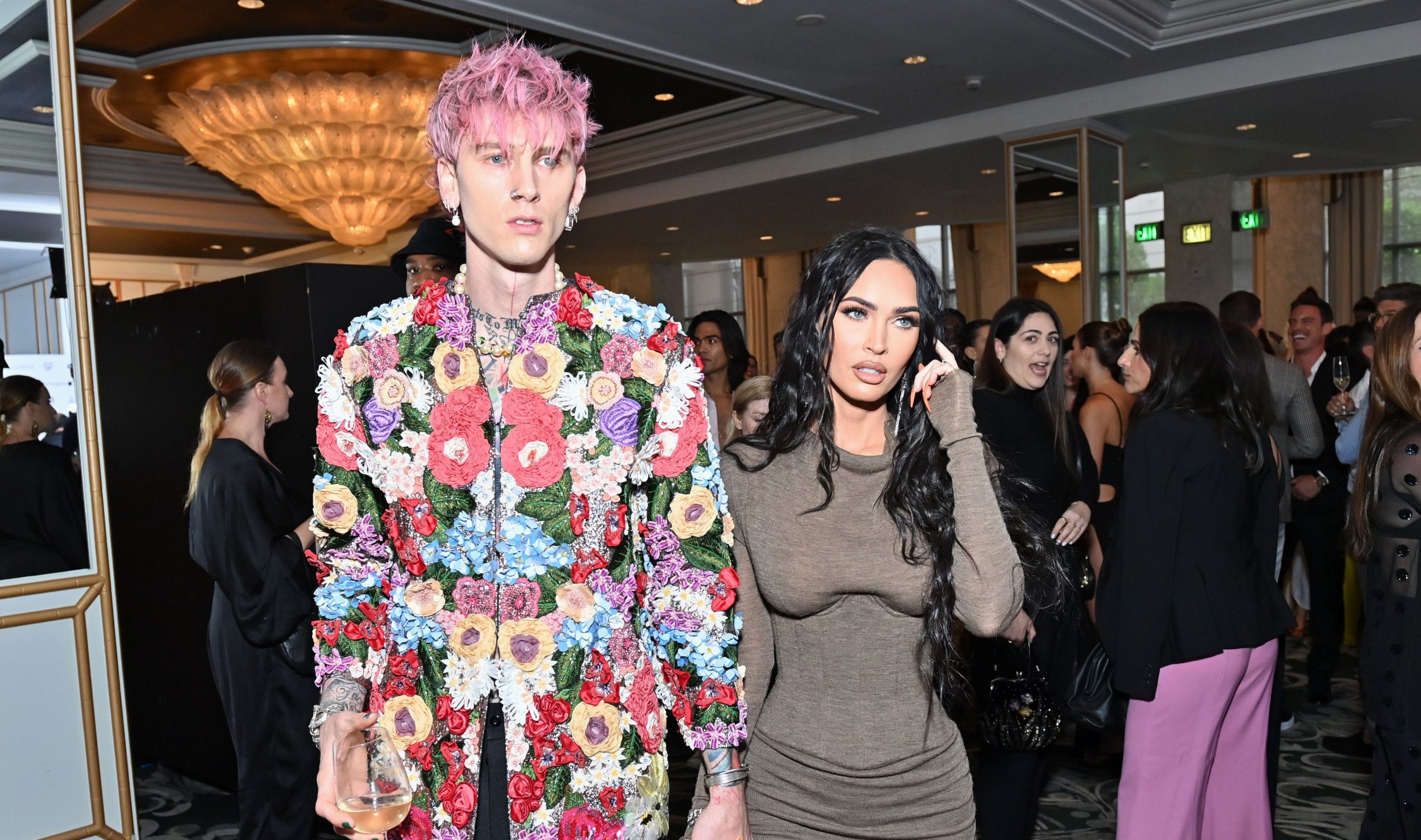 In awkward scenes, Megan Fox has appeared to snub Machine Gun Kelly’s attempt at a kiss while the engaged couple were on the red carpet this week.

But, like all couples, they’re not immune to the odd lover’s tiff.

However, despite most people’s being private, Megan and Machine Gun Kelly’s was excruciatingly public, with the whole awkward exchange caught on camera.

Well, there have to be some downsides to being a rich, famous, pampered celebrity, right?

The couple were attending an event with Megan’s stylist Maeve Reilly, who was on hand nearby as she was being honoured with the Style Curator Award.

While Megan looked stony-faced, MGK smiled and stood behind her as she faced the cameras, before the pink-haired pop-star leaned around her, in what appeared to be a dive-in for a kiss on her neck.

In response, MGK looked visibly embarrassed, as he smiled and continued to stand behind her.

Moments later, the actress flinched, turned away from him, and headed towards the red carpet with Mauve as he continued to smile awkwardly while sipping water.

Many fans were quick to spot the tense moment on Footwearnews’ Instagram page.

One commented: ‘Oh she was upset upset 😂’.

Another added: ‘She wanted nothing to do with him lol😂😂😂’

Others continued in the same vein, saying: ‘Honeymoon period is over, reality sets in,’ and saying: ‘What he do, honey?’

Despite the eye-watering moment (of which we’ve got some tips, should you be on the end of a public rejection) the couple did appear to ‘make up’ later on, when they stood close for a set of portraits for photographers.

Then, another video of the couple that surfaced on a fan account appeared to also show the actress accepting a kiss on the hand from her partner.

Phew, that was getting extremely awkward.

The pair were in attendance to celebrate Megan’s stylist Maeve, who, despite winning the prize, hasn’t always been a hit with her outfit choices for Megan.

In March, she dressed Megan in an outfit that resembled a ‘grandma’s sofa’.

Sharing a snap of herself in the outfit to her Instagram account, Megan wrote: ‘Everybody’s grandma had that one sofa’.