AceShowbiz –
Azealia Banks fired off some insults at fellow femcee Nicki Minaj after the latter shared photos and behind-the-scenes videos of her upcoming music video for “Bed” on Instagram. One photo revealed the “Barbie Tingz” raptress sitting on a beach with her green mermaid tail costume while she covered her bare chest with one hand. Azealia thought that the mermaid concept resembled her mixtape “Fantasea” cover.

The “Movin’ On Up” songstress then started dissing the former girlfriend of Meek Mill on Twitter on July 5. “Chicken of the sea sis. Stay in your own lane. @nickiminaj lol you running out of ideas girl. #TREASUREISLAND,” Azealia wrote in her now-deleted tweet, which was posted along with Nicki’s picture in mermaid costume. 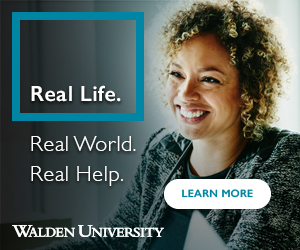 However, the Harlem native didn’t stop there. She continued to insult and accuse her of copying her concept. “Why does nicki Minaj have to be so damn corny. Like sometimes it’s just like sis!!!!! Find some art!!! Please!!” the 27-year-old said, before making fun of Nicki’s body, “It’s giving canned tuna sis. Your hips and booty too big for that mermaid tail lol. She tried it tho…that’s cute.”

“She just knows I’m gonna outshine her so I should stop playing humble and really come to slay these b****es lol. It’s no shade to me it’s just the game lol,” the “212” hitmaker confidently said.

Azealia also mentioned another famous raptress, Cardi B, whom she claimed to be Nicki’s competitor. “S**t even cardi outshined her a** this year. The truth of the matter is that the nicki Minaj reign is up. I saved her from Iggy [Iggy Azalea] but she didn’t follow through on the plan to save her from cardi. Now cardi is going to eat her alive and there’s nothing I can do. I’m done with her,” she wrote.

This is not the first time Azealia got into a fight with Nicki. Back in 2017, Azealia apologized to Nicki for dissing her writing skills in 2012. “I want to apologize for whatever catty s**t I’ve said to and or about you in the past,” she wrote in a private message. Azealia also promised not to diss her again. “You have my word,” the singer said. “From here on out, I will never say any negative or catty things about you ever again.”