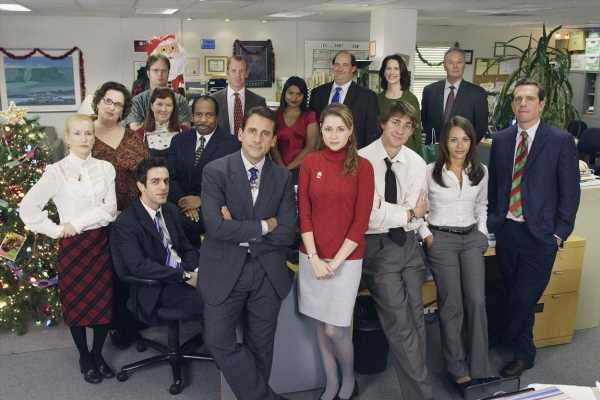 B.J. Novak was the first person hired on The Office, working as a writer and playing temp Ryan Howard. He left the show in the ninth season, explaining in an interview with Dax Shepard on the Armchair Expert podcast that he felt like he “just couldn’t do it anymore.” Novak also shared his biggest regret about The Office.

B.J. Novak had one big regret about his time on ‘The Office’

During the Oct. 11 episode of the Armchair Expert podcast, Novak discussed his time working on The Office and explained one of his biggest regrets with the series.

In hindsight, Novak said he wishes he would have enjoyed every bit of The Office more than he did. Shepard pointed out how The Office continues to be popular even after the series ended. “It’s bigger than it’s ever been,” he explained. “There are huge fans now of The Office that literally were one when it was out originally.”

He continued, asking Novak, “What part of the process did you like the most?”

Novak reflected on how he wished he had enjoyed everything more at the time. “One of my biggest regrets was not enjoying any of it as much as I should have, now that I look back,” he explained. “And people say, ‘Wasn’t that incredible?’”

He continued, “Like, you’re never going to get that again — Steve Carell in the room, John [Krasinski], Jenna Fischer], Rainn [Wilson], those writers — like it’ll never happen again. Maybe something special will happen in a different way, but at the time, I was just so insecure, nervous.” Novak shared some of his worries: “How long is this gonna last? Am I gonna get any lines in the next episode? Is my script gonna get rewritten? Am I gonna get fired? What happens when this show is canceled? Am I making the most of this moment?””

“I was so competitive and career-obsessed and self-obsessed… that I didn’t just relax,” Novak added. “I didn’t just relax and just let myself be one with The Office. I was still able to do some good work and enjoy some good times, but not nearly as much.”

Novak got burned out and left ‘The Office’

Novak decided he didn’t want to continue with the show in its last season, explaining to Shepard how he felt “burned out” from the experience.

“You left before The Office ended,” Shepard noted. “And what took you away from there?”

Novak admitted there were “a few things” that contributed to his decision to leave the hit show. “I was burnt out, Mindy [Kaling] had left. Carell had left. And they wanted a new showrunner and they asked if I would want to do that and I couldn’t imagine it. And I also couldn’t imagine just hanging around without it. And I just couldn’t do it anymore. I didn’t have the love.”

Co-creator and writer Greg Daniels asked Novak, “How can I keep you here.” Novak explained, “And I said, ‘Sometimes you just know when it’s time.’” It was something that Daniels understood well since it was the reason he left SNL as a writer.

Novak admitted that after the show, he went to work on The Mindy Project but he had “kind of a breakdown,” adding, “I was really burnt out and unhappy — and it was just time. And I had never really grown up.”