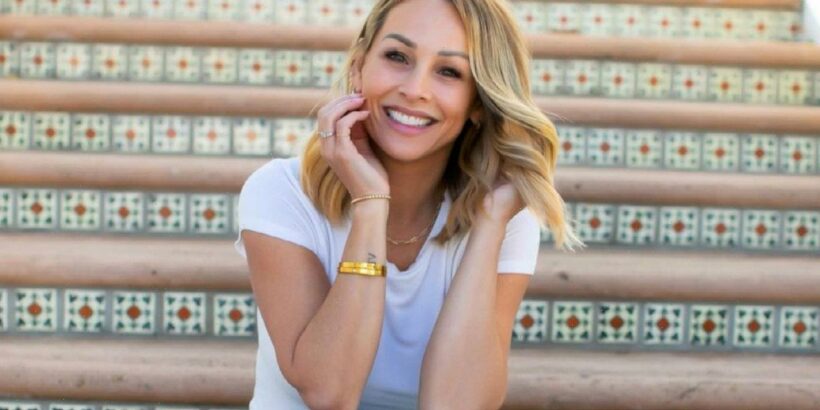 The TV personality shares that she consults with her boyfriend Dale Moss about the decision and the former football star tells her, ‘Your boobs are not what make you beautiful.’

AceShowbiz –Clare Crawley is opening up her health issues. The former star of “The Bachelorette” revealed in an Instagram post that she’s getting her breast implants removed as she’s been facing health issues because of it.

“I’m sharing this in hopes that it might help others going through something similar feel not so alone,” the 40-year-old penned in the Saturday, July 3 post on the photo-sharing platform. “I feel that this was important to share so I can be a resource for anyone going though this as well.”

Clare went on to say, “I know how being your own health advocate is hard sometimes and can feel like an uphill battle. This is the reality of life for so many people though! I’m just so incredibly thankful to all the people who are in my life that support me not only in my peaks but in the valleys as well.”

The TV star claimed that she’s been going through medical things with her body for “years.” Of the ups and downs of her health, the Sacramento, California native added that she was struggling to find answers of her health issues.

“My skin has been having really bad hives and rash. My whole body is just inflamed and itchy. I’ve had blood test after blood test. That is not my only symptom,” Claire explained. “It’s so frustrating. It all came to a head about a month ago when I was at the chiropractor. I have implants, but behind one of them was a big packet of fluid.”

She also said that she had a mammogram to see what was happening behind her breast implants. That was when her doctors noticed “fluid sacks” sitting behind the implants. She was also told that her white blood cell count over the last five years has “been up,” and the doctors thought that it might be related to her implants. “My body is fighting [my implants]. My body can’t heal. My body is in fight mode constantly. It’s all making sense,” she shared.

Clare then decided to get her implants removed because “I love my health more. I love my wellbeing more.” She also said that she consulted with her boyfriend Dale Moss about the decision.

“I was talking to Dale the other day and he said, ‘Your boobs are not what make you beautiful.’ And it’s the truth. For so long I believed that’s what it would take. To me this is the ultimate love story. Is Loving body enough to know this is not what makes me beautiful. My health and happiness is what matters,” she divulged.

Dale, who got back together with Clare after splitting in January, showed support for Clare by posting a gushing post that read, “So proud of you for sharing this love. I know this wasn’t easy but will help so many other women going through what you’ve been experiencing. I love you & with you every step of the way.”