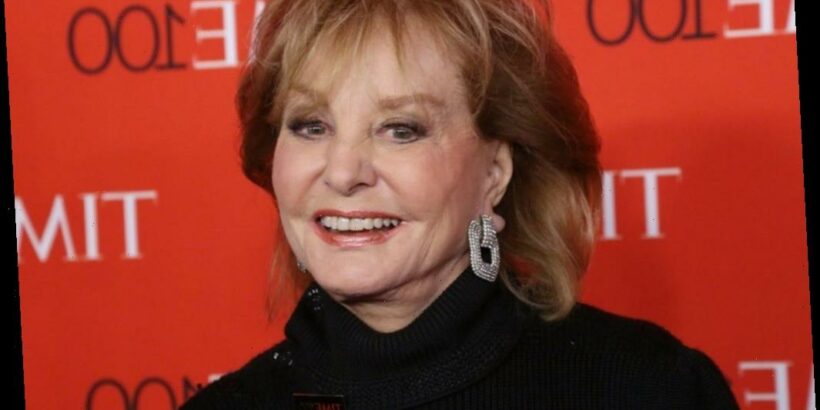 Presidents, first ladies, athletes, actors, and everyday people — are all just examples of Barbara Walters’ interview subjects. As someone who spent half a century in media, she didn’t bat an eye delivering news, taking colleagues to task, or engaging her guests with her easygoing way of asking questions.

Before she retired and left The View, Walters broke barriers in journalism as a Today anchor and throughout the course of her career. She acknowledged both the challenging and amazing experiences she had on the job.

Some of those experiences happened with celebrities, and among them was a Hollywood fixture whose “bark was worse than her bite.”

She’s sat down with some of the most recognized public figures from around the world. Cher. Fidel Castro. Richard Nixon. Oprah. Mark David Chapman. Grace Kelly. The list goes on, and Walters once told Time magazine she was motivated to talk to world leaders.

“If I had told my young self that I would have the opportunity to interview every American President and First Lady since Richard Nixon, be able to do the first joint interview with Egypt’s President Anwar Sadat and Israel’s Prime Minister Menachem Begin, or my unforgettable sit-down with Cuban President Fidel Castro, I would not have believed it,” she said.

“Yet, I knew I was driven to interview world leaders and icons,” Walters told the outlet.

That group also included a bevy of Hollywood stars who came from multiple eras. And she would’ve have loved for one in particular to be her mentor.

In Audition: A Memoir, Walters wrote about Katharine Hepburn in a chapter called “Celebrities Who Affected My Life.” She stated she would have chosen Hepburn if she ever had a mentor in life because she found the actor to be such an independent and opiniated woman.

She wrote that for years, Hepburn refused to do an interview, but she finally consented on the condition that she meet Walters first. “She loved to terrify people, and if ever the expression ‘Her bark was worse than her bite’ applied to anyone, it applied to Hepburn,” Walters wrote.

Their first meeting was at Hepburn’s New York townhouse one evening, and Walters arrived on her doorstep five minutes past five wearing a smile. “When the door was opened, there was Hepburn at the top of her stairs,” she recalled.

But Hepburn was serious: “You are late,” she barked. “Have you brought me chocolates?” Walters remembered to bring some on each visit after, and Hepburn always sent her handwritten thank-you notes.

Hepburn’s outlook on womanhood and work stuck with Walters

The pair struck up a friendship and would often hang out with others such as Liz Smith or Cynthia McFadden. But it was Hepburn’s views on women juggling careers, marriage, and children that struck Walters the most.

“It’s impossible,” Hepburn told Walters. “If I were a man, I would not marry a woman with a career and I’d torture myself as a mother. Supposing little Johnny or little Katie had the mumps, and I had an opening night. I really would want to strangle the children. I’d be thinking to myself, ‘God I’ve got to get in the mood and what’s the matter with them — get out of my way,” she declared to Walters.

In one of their many conversations, Hepburn made a point to tell Walters that she decided to live like men do by doing “what I damn well wanted to.”

Walters compared her to several other women in the public eye who had very specific approaches to work and family. Being around Hepburn helped Walters form her own point of view toward career, kids, and love.