David Walliams described Dame Barbara Windsor as ‘unbreakable’ as he shared a picture of the pair enjoying tea together.

Dame Barbara, 80, was seen for the first time since it was revealed last month that she had been secretly battling Alzheimer’s disease for four years.

In the sweet picture, which was uploaded by David on Thursday, the pair were seen cuddled up to one another, looking in good spirits as they smiled for the camera. 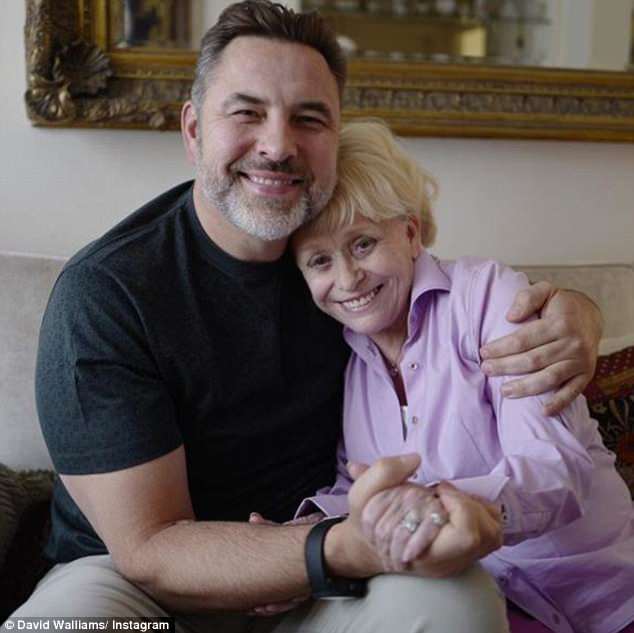 Close friends: David Walliams described Dame Barbara Windsor as ‘unbreakable’ as he shared a picture of the pair enjoying tea together on Thursday afternoon

The comedian captioned the snap: ‘Afternoon tea with the woman of my dreams ever since I was a boy, the unbreakable Dame Barbara Windsor.’

He shared the same picture on Twitter, writing: ‘Afternoon tea with a legend.’

Last month it was revealed that the actress has been diagnosed with Alzheimer’s disease and been living with the illness since 2014.

There are more than 850,000 dementia sufferers in the country, with Alzheimer’s disease the most common form. Symptoms of the disease often include difficulties with thinking and memory loss. 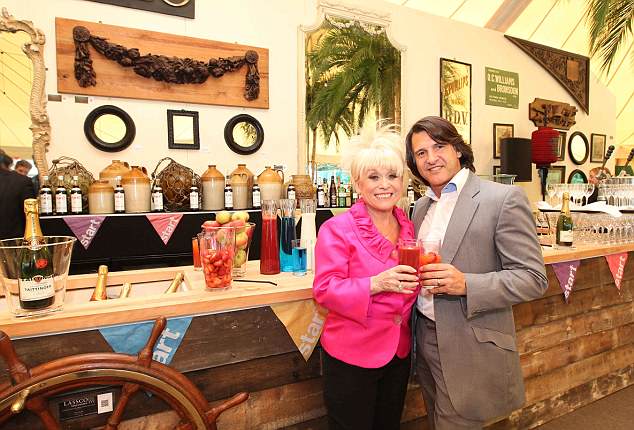 Cute couple: Dame Barbara’s husband Scott Mitchell revealed last month that his wife has been battling Alzheimer’s for four years and her symptoms have recently worsened

In May, Dame Barbara’s husband Scott Mitchell said she had been taking medication to manage her condition but that symptoms had worsened in recent weeks.

When he initially revealed the news, Scott said he first noticed symptoms in 2009, just before his wife left EastEnders for the first time, when she began finding it difficult to learn her lines.

He added that the beloved screen star has been taking medication to manage the illness, but that her memory loss symptoms have worsened.

He also recalled how his wife – famed for her loveable laugh – began to cry in the neurologist’s office when they were told she had the degenerative brain disease. 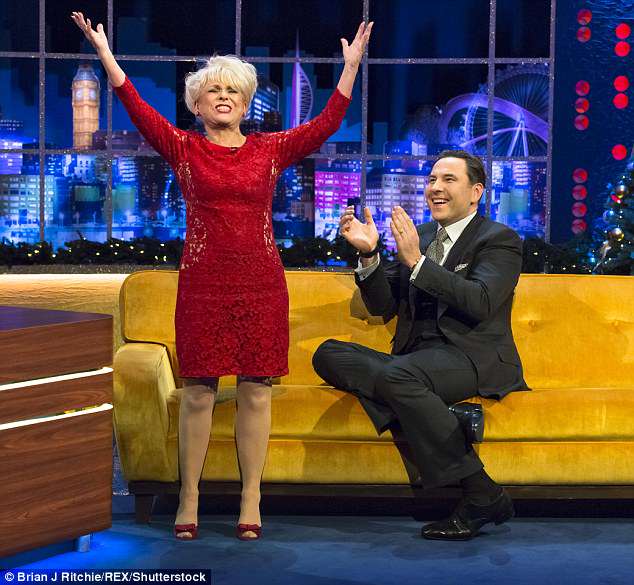 Longtime friends: Dame Barbara and David have been firm friends for years (pictured together on The Jonathan Ross Show in 2014)

One of the most famous cast members, she took a brief two-year hiatus in 2003, before quitting in 2009.

However, she returned for a string of episodes in 2013, 2014 and 2015. The stalwart made her last appearance in May 2016, when Peggy took her own life after being diagnosed with terminal cancer. 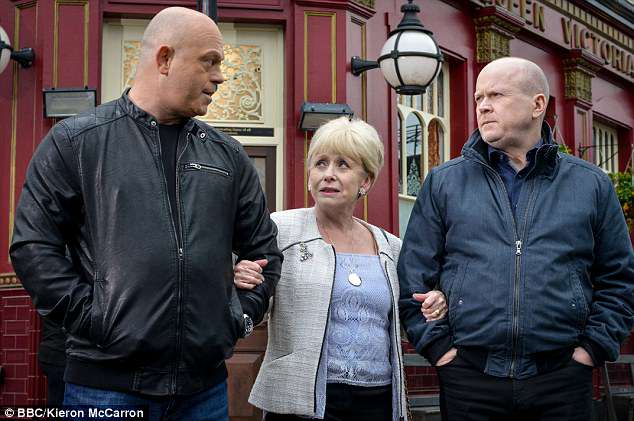