Donna D’Errico was ready to make a splash for her “Baywatch” audition — except the actress didn’t get one important memo.

“The only thing I had to do was pass a swim test,” the actress told Fox News. “Except I couldn’t swim. I had a serious water phobia. I couldn’t even tread water. The [‘Baywatch’ swim coach] asked me, ‘You could swim right?’ I said, ‘Of course!’ I lied.”

The star recalled how her test took place at the YMCA pool located at California’s Pacific Palisades. The starlet said she was determined to become one of the show’s coveted lifeguards. D’Errico, however, had no idea how she was going to convince an entire crew that she could take a dip — or three — with ease.

“You get to be part of the most-watched show in the world,” said the 53-year-old. “It was the opportunity of a lifetime. And here I am, knowing full well, that I cannot swim. It was all supposed to be basic stuff, nothing technical. But all I kept thinking was, ‘What the heck am I supposed to do?’ I still showed up at 5 a.m. I was told, ‘Get in the pool, do a couple of laps to warm up.’ Here I am holding onto the edge like a terrified child. And he’s like, ‘Donna, what are you doing?’ Go do a couple of laps. It’s freezing in there.’ I couldn’t let go. I was going to sink. And finally, he’s like, ‘Donna, get out of the pool. You can’t swim.’” 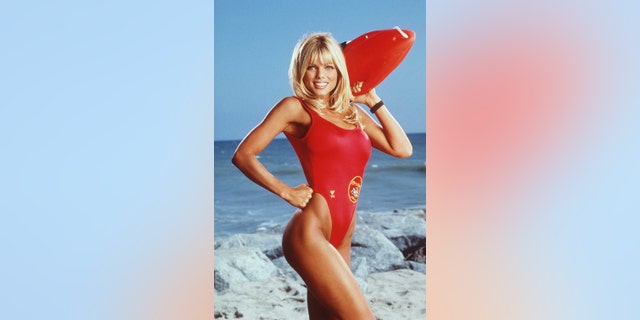 “My initial reaction was, ‘Are you going to tell the producers?'” D’Errico chuckled. “And he’s like, ‘Well, yeah, of course, I’m going to tell them that you can’t swim. This is a show about lifeguards!’ I was so upset because I didn’t want to miss out. So I took swimming lessons with their main guy five times a week at five o’clock in the morning on that pool. I made that drive every morning. And I had a little boy at the time. They gave me fins, which made it easier to swim and tread water.”

Weeks later, D’Errico was given another swim test — and she failed again. She took more lessons and barely passed the following exam. But that didn’t matter — she made it. And D’Errico went on to star in the series as Donna Marco from 1996 until 1998.

“To this day, I still can’t swim,” she admitted. “I’m terrified of water. I can’t even tread water. There’s one scene, and I think it’s the only one, where my character was in the water to do a rescue. And I’m pretty sure I nearly drowned trying to do it. I’m supposed to rescue a boy and you can see my lips saying the f-word trying to swim in this pool. It’s one thing when you have your fins, but it’s another when you don’t have them. You can’t really swim and you’re terrified. I’m pretty sure they never made me do another rescue again. But if you look up that one episode, I’m pretty sure you can see my mouth say the f-word!”

Despite her aquatic mishap, D’Errico insisted she loved being a part of the show and quickly bonded with her castmates. 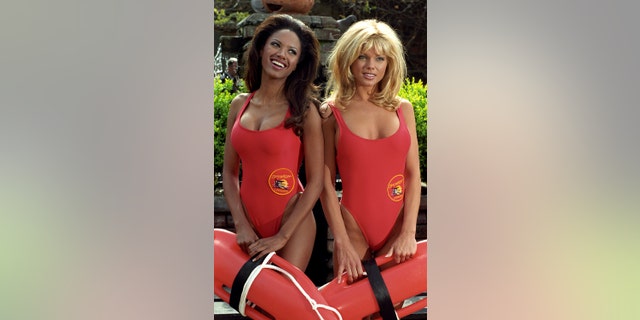 “When I first started, I was really nervous because everyone was a gigantic celebrity and there’s me, brand new and shy,” she said. “Even I would think to myself, ‘How did I land this show?’ But I remember one time, I was in my trailer and I had to use the restroom. I was in my swimsuit, and when you’re wearing a one-piece bathing suit, you have to pull the whole thing down. I lifted the toilet seat up, and there’s this massive, foot-long lizard. It was huge. I just flew out of there screaming. I busted that trailer door open, and there’s David Hasselhoff and a couple of crew members laughing hysterically. Luckily I pulled up my swimsuit in time! They were just cracking up. But that set the tone.”

D’Errico noted how Hasselhoff, now 69, was determined to make sure everyone felt welcomed on set.

“He was just a practical jokester,” she said. “He was very lighthearted and was eager to break the ice. That was his way of letting me know to loosen up. And you know, I had a good laugh afterward. It was a very fun, relaxing atmosphere. He was always making people laugh. And I look back on those memories very fondly because everyone was so welcoming. Even when we had to film a tense scene, he would do or say something afterward to get everyone laughing and smiling again. I was always grateful.”

Following her time on “Baywatch,” D’Errico said she was typecast in Hollywood. However, she continued to make her mark as an actress by taking on roles that were completely different from Marco. 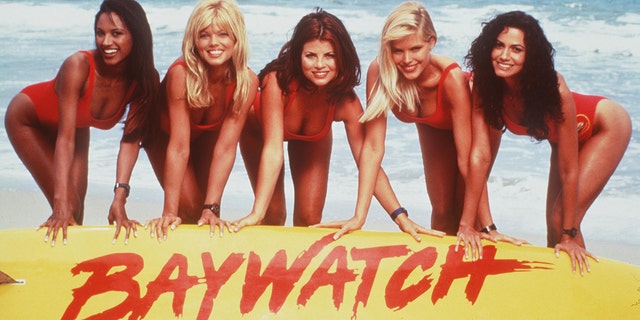 “I just did ‘Survive the Game’ with Bruce Willis and I was really happy to be cast in a role where I’m sort of the antagonist,” she explained. “I’ve been training with firearms and firearm handling for a very long time. So I was comfortable in that role. And my character Carly is ex-military. I chose to do all my stunts. I trained with the stunt coordinator and the whole stunt team so I could do my fight scenes. That was really cool. It’s not a pretty role. I chose to wear no makeup and have my hair back. Carly’s a tough girl, and it was fun.”

“We just completed Sean Patrick Flanery’s ‘Frank and Penelope,’ which is going to be out next year, and I’m super excited about that,” she shared. “I’m probably more excited about this film and the character than I have been about anything in a really long time. We shot it 12 miles from the Mexican border where it’s hot and desolate. So as a cast, we relied on each other, and it shows on screen. I’m really excited for people to see it.” 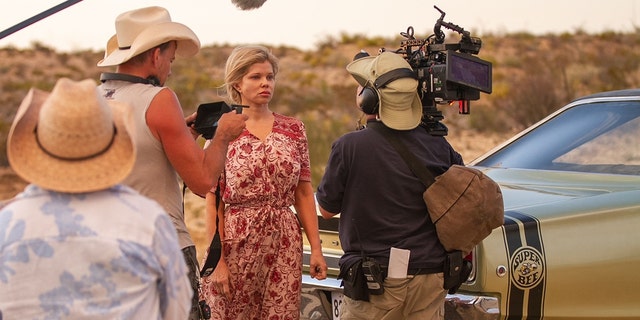 D’Errico is eager for what the future holds for her. But she doesn’t mind looking back at her “Baywatch” past.

“That was pretty life-changing,” she said.