They were seen putting on a captivating display as they joined an array of stunning supermodels to walk the runway for the Victoria’s Secret Fashion Show on Thursday night.

And sisters Bella and Gigi Hadid continued to command attention when they attended the exclusive afterparty, hitting the pink carpet at New York’s Pier 94 – the same venue where the show had taken place – in dazzling style.

Bella, 22, caught the eye as she went braless under a shimmering silver sheer gown, boasting a neckline that daringly plunged all the way to her navel and a thigh-high slit. 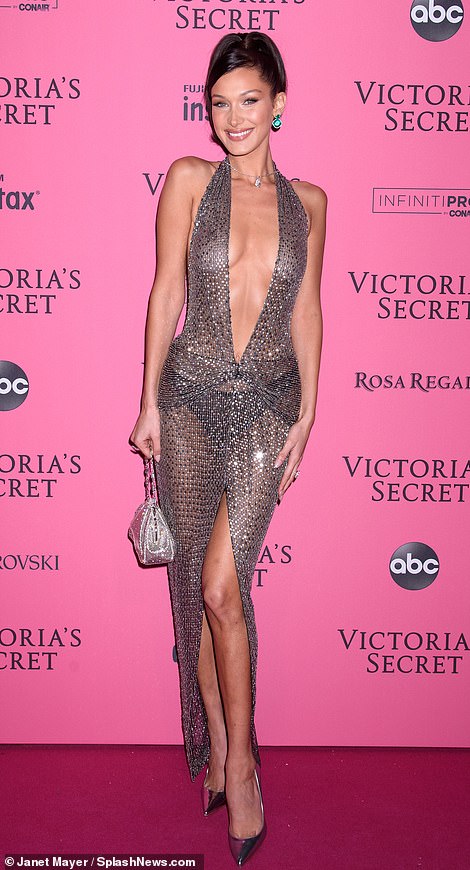 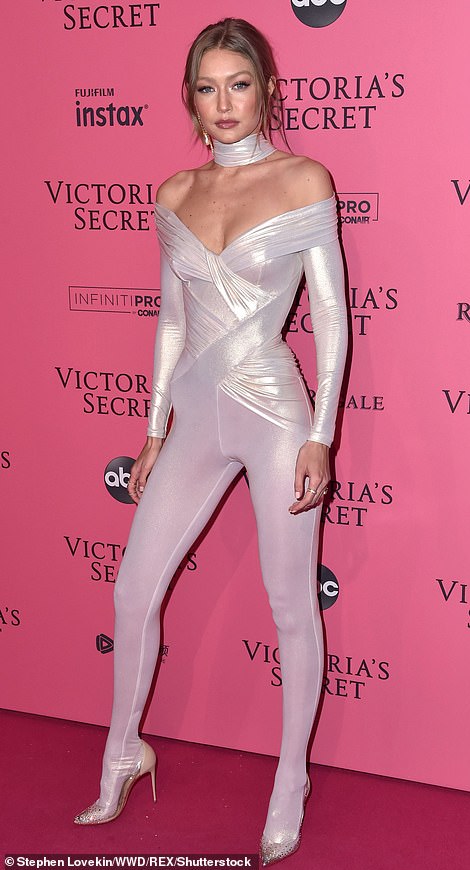 The risqué halterneck number gave fellow revellers full view of the California native’s black underwear, while its chainmail feature and scattering of sequins helped her illuminate the carpet as she posed for photographers.

Standing tall in vertiginous silver heels, Bella accessorised with a matching small handbag, while a glittering selection of delicate diamond jewellery – offset by her statement drop earrings – further glammed up her look.

Wearing her glossy chestnut brown tresses in a high ponytail, she highlighted her natural beauty with a flattering palette of makeup that included deep pink lipstick and warming blush.