Bella Hadid’s romance with Marc Kalman is continuing to blossom. The lovebirds were recently spotted in NYC with the model’s sibling, Anwar Hadid.

Bella Hadid and boyfriend Marc Kalman are going strong! The 24-year-old model and her art director boyfriend stepped out in New York City on Tuesday, October 5 for their latest public outing together, and this time the couple was joined by a special third wheel: Bella’s little brother, Anwar Hadid! In photos captured by paparazzi, the trio could be seen leisurely walking the streets of the Big Apple. Anwar, 22, also brought along his dog on a leash for the afternoon excursion. 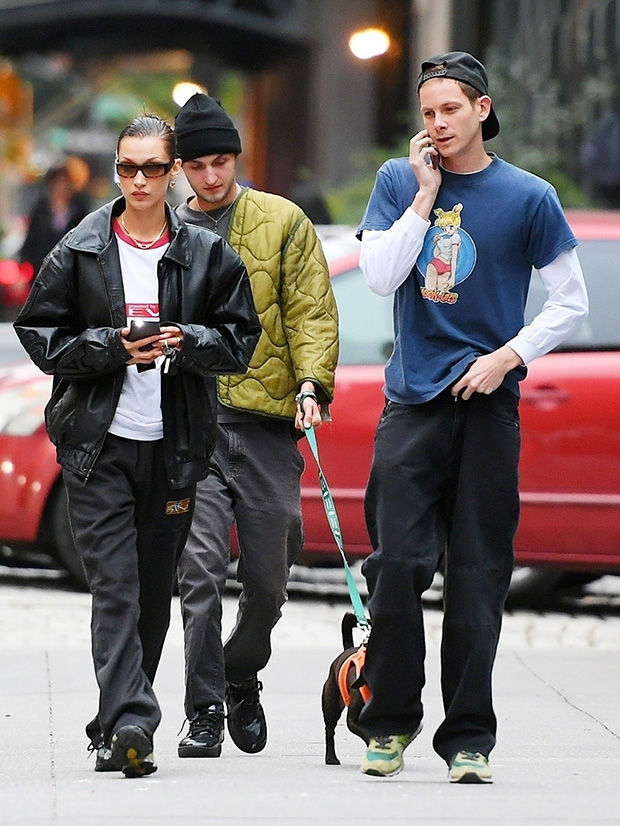 While the trio’s outing seemed to be pretty casual, Bella still brought her top-notch fashion game. She dressed in a stylish black leather jacket, matching pants, and black sneakers. Bella also had a hair updo and sported dark sunglasses. Meanwhile, her beau was photographed on the phone while dressed super laid-back in a graphic blue short sleeve T-shirt, which covered a long-sleeved white T-shirt, and baggy black pants and sneakers. He also had a black backwards hat on.

Meanwhile, Anwar walked a short distance behind the loved-up couple as he focused on walking his cute canine through the Big Apple streets. The brother of Bella and Gigi Hadid wore a light green jacket, gray shirt, black jeans, and black beanie. Based on his attire, Anwar is clearly ready for the coming winter in NYC! 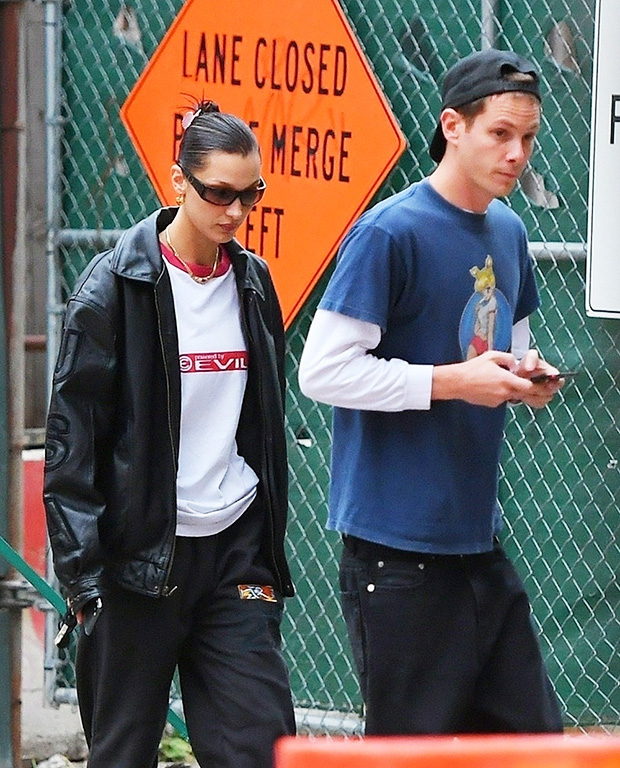 While Anwar has been dating music superstar Dua Lipa, Bella is blossoming in her fairly-new relationship with Marc. The couple sparked romance rumors on a lunch date in NYC in June, and the following month Bella went Instagram official with her beau in a slideshow of photos from the Cannes Film Festival in France. She buried one pic of the lovebirds smooching in her post, and captioned that she was “healthy,” “working,” and “loved” in the post.

After the couple confirmed their romance, a source told HollywoodLife that Bella was “thrilled” to finally have her relationship with Marc out there in the open. “She’s grateful for all the support they’re receiving and she’s thrilled that their romance is out there because she’s so proud of him and wants to show him off to the world,” the source said.