Things are officially over for Ben Affleck and Jennifer Garner. Garner, who filed for divorce from her estranged husband in April 2017, has reportedly reached a settlement with the Justice League star three years after they separated.

According to TMZ, a property settlement has been reached, with the duo agreeing to joint custody of their children, Violet, 12, Seraphina, 9, and Samuel, 6. The website reports that sorting out the twosome’s finances was complicated, as they did not have a prenup and shared all of their earnings for the duration of their 12-year marriage.

The news comes days after Affleck, 46, entered rehab for alcohol abuse on Wednesday, August 22, following an intervention at the actor’s Pacific Palisades home with Garner and a sober coach, as a source confirmed to Us Weekly.

TMZ reports that the final settlement will be signed and filed with the court upon Affleck’s release from treatment.

The Argo director and producer previously sought treatment in 2001 and again in early 2017 and has continued to attend Alcoholics Anonymous meetings since.

A source told Us that Affleck’s drinking had been “a driving force” in his recent split from Lindsay Shookus, after which he was seen stepping out with 22-year-old Playboy model Shauna Sexton. 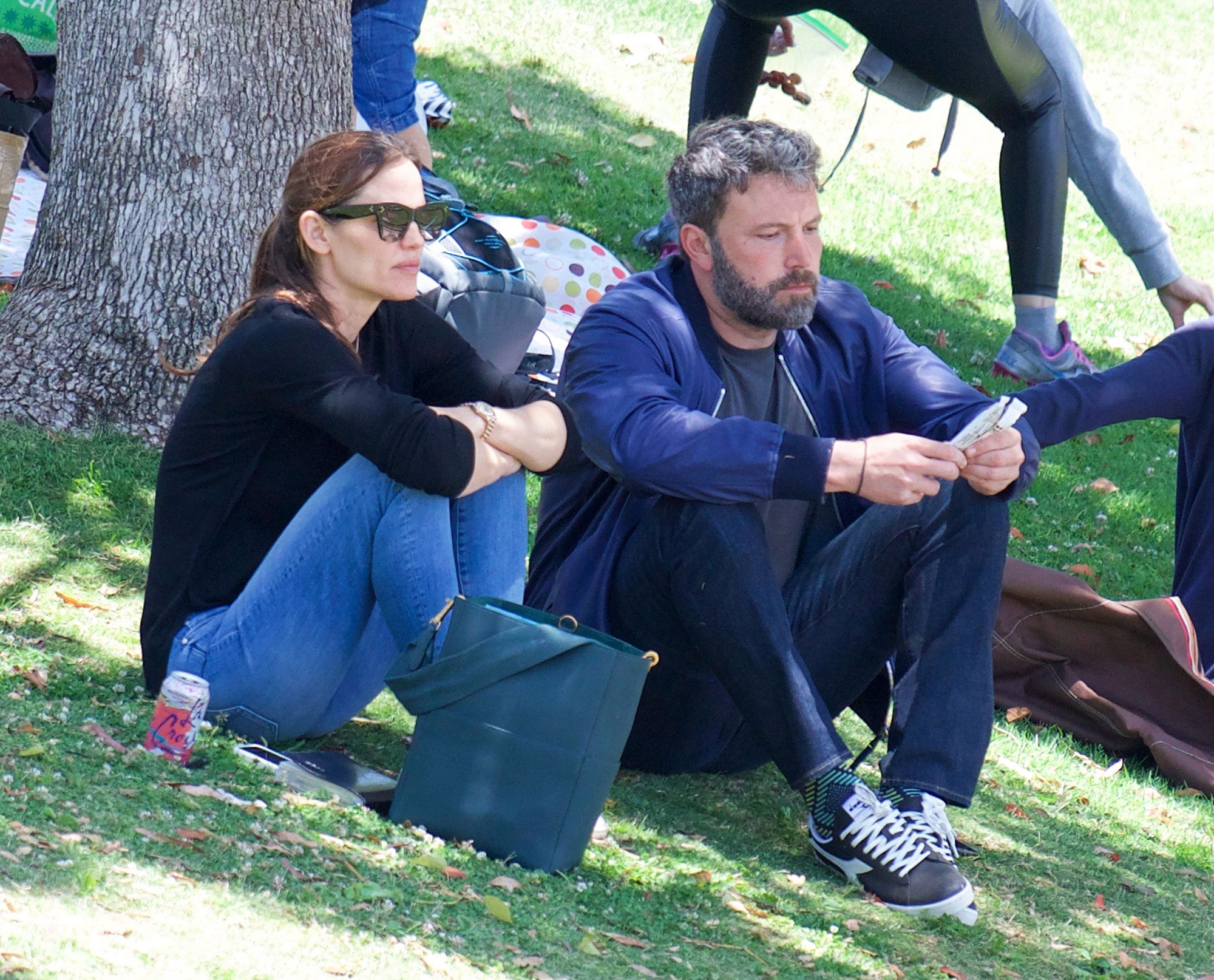 Another source told Us that Garner, 46, was “well aware of what was going on” with her estranged husband’s alcoholism and love life. “Ben told her he was done with Lindsay and she knew he was drinking again,” the source said. “Ben is not good at being alone. She knew he was in a bad place recently and that she was going to have to intervene.”

The Peppermint actress had been stalling the divorce proceedings in an effort to allow Affleck to focus on himself amid his struggles with sobriety, an insider told Us earlier this month. “Jen wanted to give Ben the time and opportunity to work on his health and sobriety,” a source says in the magazine’s new issue. “She isn’t in a rush.”

The source also noted that the Save the Children ambassador wanted the Oscar winner to be his best self for their kids.

However, a judge in the L.A. Superior Court warned the former couple in mid-August that if they didn’t settle their divorce, the judge reserved the right to call off the case.

Garner and Affleck were married in June 2005 four years after meeting and becoming friends on the set of Pearl Harbor in 2001. They announced their separation in June 2015.