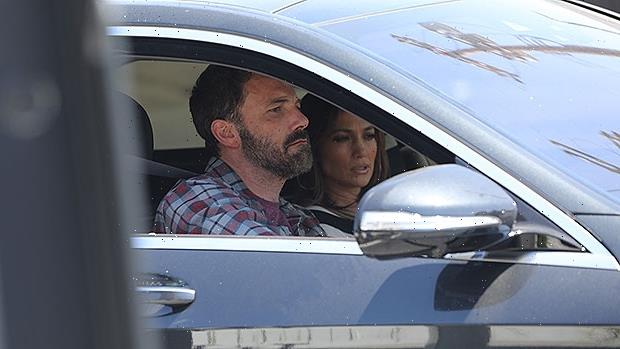 Less than one week after Jennifer Lopez and Ben Affleck announced their engagement, the couple was spotted out on a romantic coffee date.

Jennifer Lopez, 52, and Ben Affleck, 49, were spotted enjoying a romantic coffee date just days after announcing that they plan to tie the knot. The newly engaged couple, who revealed the exciting news on April 8, headed out to Starbucks in the trendy West LA for some freshly brewed beverages.

The Batman star sat behind the wheel of a black Mercedes sedan while driving his lady love around town. He wore a colorful flannel button down shirt while maneuvering through the driveway of the popular coffee chain. 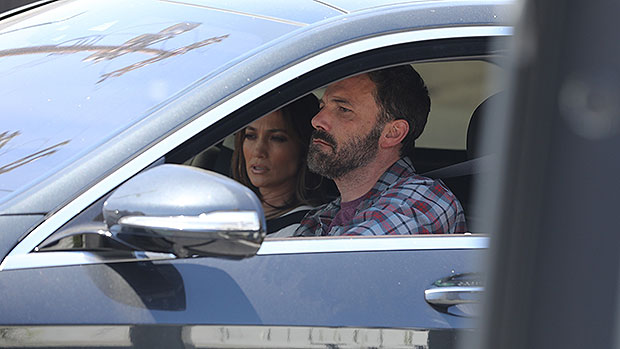 J.Lo looked stunning as usual as she sat alongside her fiancé while deciding what to order. She wore a casual white shirt with short sleeves and a scoop neck. She wore her caramel brown locks in soft waves which fell past her shoulders. Jen polished off her low-key look with a pair of large gold hoop earrings and she opted for minimal makeup which highlighted her natural beauty. 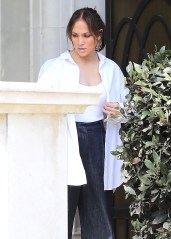 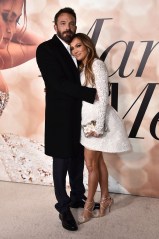 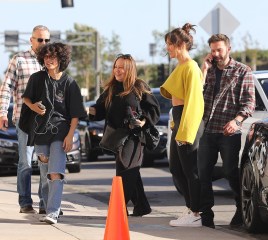 Although the Hustlers star recently showed off her huge green engagement ring, the diamond bauble was not photographed as J.Lo kept under the radar for the car trip. Meanwhile, the former American Idol judge took to social media the day before and shared details surrounding the romantic proposal about how Ben popped the question for the second time. 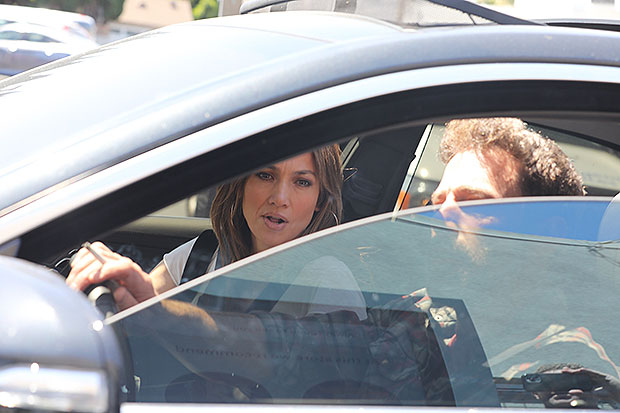 “Did you ever imagine your biggest dream could come true?” she wrote in her “On The JLo” newsletter which she sent out on Apr. 12. The singer revealed that the Justice League actor asked her to marry him while she was naked! “Saturday night, while at my favorite place on earth (in the bubble bath), my beautiful love got on one knee and proposed.”

The couple’s outing comes a day after the pair were spotted house hunting in the glitzy Beverly Hills neighborhood. The pair checked out a few gorgeous, sprawling estates in the posh community. Some of the mansions they checked out included an idyllic enclave priced at $65 million for 30,000 square feet as well as a scenic spot nearby for $75 million, with 27,816 square feet, gorgeous views of the hills, a large backyard and pool area. The house-hunting trip comes after the duo’s deal on a $55 million Bel-Air property fell out of escrow. It’s unclear what lead to the collapse of of the deal, but it seems that Bennifer now has their eyes on greener (and cream-colored) pastures!