Kate Garraway, 53, will return to Good Morning Britain next week after a four-month break, due to her husband Derek Draper’s ongoing health battle. Today, Ben Shephard confirmed he will be alongside Kate when she returns to screens next week and joked about her request on how she wants him to treat her.

Discussing her emotional appearance on the show yesterday alongside his co-star Ranvir Singh today, he said: “There were some lovely messages from lots of people yesterday.

“It was really great to see Kate in the studio smiling, talking very honestly and openly as she has done about the condition that Derek is in.”

He added: “He continues to be critical – although he is out of a coma and they can FaceTime him it’s not simple.”

Addressing his co-star’s return to the show next week, he added: “It’s a big step. 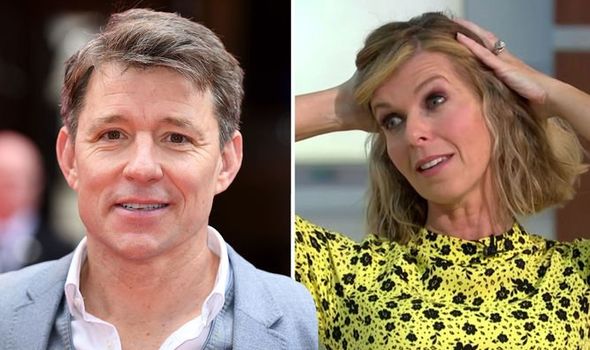 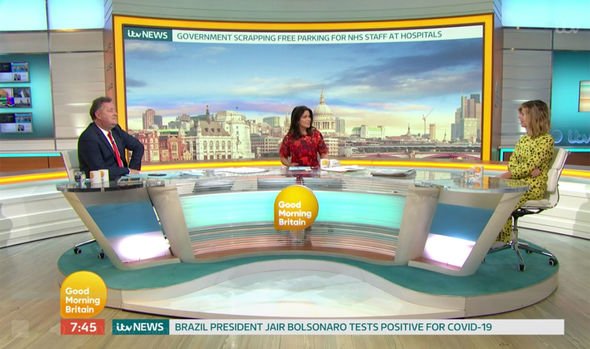 “A really important step as she was talking about yesterday, openly, particularly for her and for Darcey and Billy [their children] and Derek’s ongoing condition.

“And I think the other thing that was really key from Kate’s perspective yesterday was that there are families who are going through similar things up and down the country and her thoughts and concerns are with them as well.”

Ranvir then joked: “And hasn’t she been through enough without having to sit next to you?”

Revealing Kate’s request, he replied: “She did say brilliantly that she wants me to be rude to her. I am warming up, I am very, very prepared.” 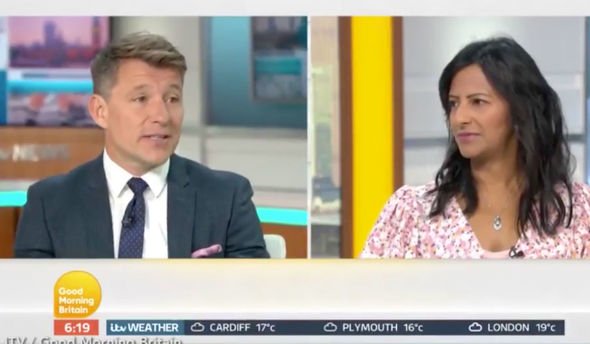 Yesterday, Kate returned to the studio as a guest and gave her co-stars Piers Morgan and Susanna Reid an update about her husband’s health battle.

Derek was first admitted to hospital in March after contracting coronavirus and was later put into a induced coma.

He still remains in hospital and Kate has been told he will not be leaving there anytime soon.

At first, she addressed reports that he is out of a coma, after she revealed he had opened his eyes.

Clarifying the reports, she said: “He was induced into the coma because it was a way of resting the lungs when he had very acute Covid, of course now they’re no longer keeping him in the Coma, he sort of can’t wake up.

“There’s two types of coma – there’s the one we think of as vegetative coma, where someone’s completely unconscious, you know, you could stab them and they wouldn’t react – and there’s where Derek is which is a minimum state of consciousness.

“So, wonderfully his eyes are opening but we have no real knowledge of what he can see or hear and feel.”

The mother-of-two described her husband’s current state as “a very desperate situation”.

She aded: “The doctors do keep saying it is a miracle he’s still alive. [A doctor who has been treating him] said, ‘He’s as sick as anyone I’ve ever seen in 35 years in medicine, never mind Covid’.

“So six times they said he’s not going to make it. He’s been very, very sick. The problem is, is that it’s a new disease which nobody knows, so there’s no data.

Kate will return to Good Morning Britain next Wednesday at 6am on ITV.