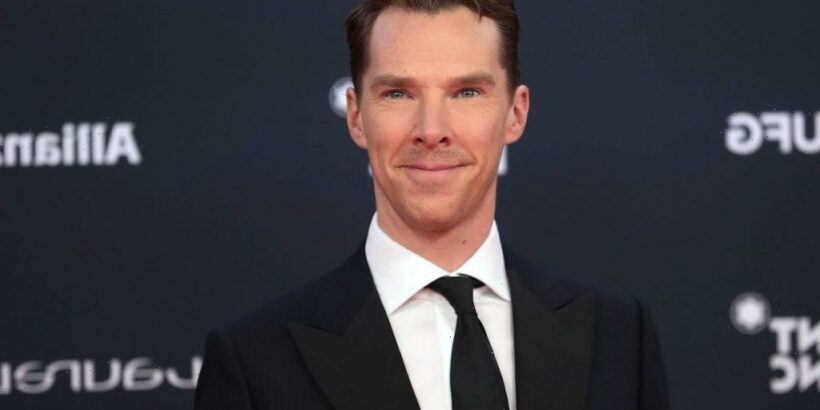 Whether it’s playing a world-famous detective or a Marvel superhero, Benedict Cumberbatch has proven that in the world of acting, he can do it all. But there are some things outside his profession he can actually do as well. Cumberbatch plays a hero on the big screen often, but he has played one in real life before. Here’s the story of the time he saved a Deliveroo cyclist from four assaulters.

Outside his real-life heroics, Cumberbatch has definitely played the part of a hero in his acting career. His most prominent role right now is that of Marvel superhero Doctor Strange, the MCU’s Sorcerer Supreme. He’s appeared in multiple Marvel films. Not only did he appear in his own stand-alone movie, but he also played a major role in the last two Avengers films.

That wasn’t the role that put him on the map, however. His breakout part was as famed English detective Sherlock Holmes in the eponymous BBC series. There he played the aloof but brilliant gumshoe across from Martin Freeman’s Dr. Watson.

Though he’s used to playing the good guy, Cumberbatch has also gotten the chance to shine as a villain also. He portrayed Khan in Star Trek Into Darkness and provided the voice and motion capture performance for Smaug in The Hobbit series.

While minding his own business in London, Cumberbatch came across a Deliveroo driver being attacked. But what is Deliveroo? According to CNBC, it’s a food delivery service in the model of UberEats or DoorDash. The startup is based in the United Kingdom.

The app itself employs over 2,000 people to help operate its network of 100,000 drivers. The app itself has been in something of a state of flux while investors try to determine how the gig economy will be impacted by potential legislation. But it’s currently in use now, and one of its drivers found themselves in serious danger before a certain well-known actor came to the rescue.

How Benedict Cumberbatch saved a Deliveroo cyclist from four attackers

If you’re wondering how someone as mild-mannered as Cumberbatch played the role of hero for the day, here’s how it went down. According to The Sun, Cumberbatch was sitting in an Uber. While sitting in the car in London, he noticed four attackers assaulting a Deliveroo cyclist.

He immediately leaped from the vehicle he was occupying and intervened. The attackers were hitting the defenseless cyclist over the head with a bottle.

When Cumberbatch showed up to help, the attackers fled the scene. He told them to “leave him alone,” as he pulled them off of him. They attempted to fight the actor, but they instead ended up running away.

Witnessing the whole thing – and even jumping into help – was Cumberbatch’s 53-year-old Uber driver, Manuel Dias. According to Dias, he even tried to assist the star.

“I was taking Benedict and his wife to a club — but I didn’t know it was him at first…I went to turn down into Marylebone High Street and we saw four guys were pushing around a Deliveroo cyclist…My passenger jumped out, ran over and pulled the men away. They turned towards him and things looked like getting worse, so I joined in.”

According to Dias, Cumberbatch even comforted the assailant after it had concluded:

“Benedict was courageous, brave and selfless. If he hadn’t stepped in the cyclist could have been seriously injured…He asked the rider how he was and when he said, ‘I’m OK.’ Benedict just hugged him.”

Cumberbatch had no reason to get involved, but he knew it was the right thing to do. It was an admirable act that many may not have attempted.