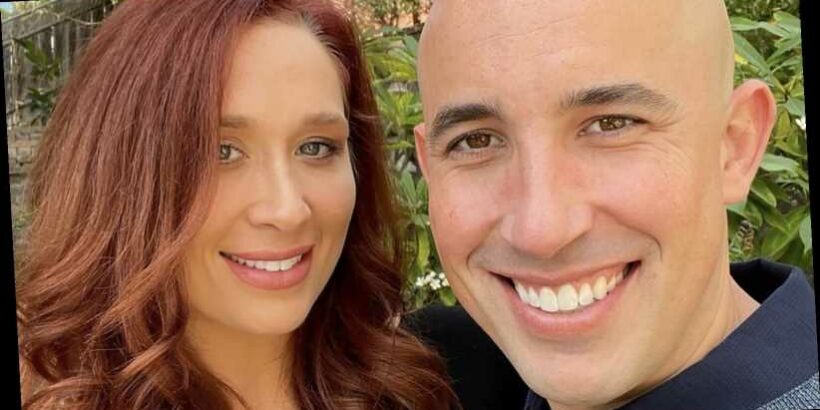 You might know Elizabeth “Beth” Bice and Jamie Thompson from Season 9 of Lifetime’s Married at First Sight, which took place in Charlotte, North Carolina. While the couple has had their ups and downs, they’ve decided to give fans an inside look at their marriage in Season 2 of the spin-off series Married at First Sight: Couples Cam. From sharing their move to Santa Barbara, Calif. to exploring the more intimate details of their relationship, Beth and Jamie aren’t holding anything back. In fact, it’s their honesty that resonates with fans the most.

As Beth revealed to Nicki Swift, “I promised myself at a really young age in life I never wanted to be fake. And so I did that.” And whether it’s via social media or on television, Beth and Jamie continue to prove that no subject is off limits when it comes to their love story, and that’s exactly why we ship them. Nicki Swift caught up with Married at First Sight: Couples Cam‘s Beth and Jamie ahead of the show’s premiere to find out what viewers can expect from Season 2 of the spin-off.

Discussing Season 2 of Married at First Sight: Couples Cam, Jamie Thompson told Nicki Swift, “It’s extremely real, first off. Let me say that, it’s extremely real. And everything that you saw in the main show was us. It wasn’t like we were prompted to say that kind of stuff or anything.”

In fact, MAFS: Couples Cam gives viewers even more access to their favorite couples, and reveals what their everyday lives are like now. “[I]t’s been … almost two years ago we got married. And so since then, we have grown a lot in our relationship. We’ve learned how to communicate better,” Jamie explained. “We’ve learned how to respect differences of opinions and things like that. So, that’s what you’re going to get. That’s where we are in our lives. We’re trying to figure out where we want to move, where we want to live.”

As for where they might be going as a couple, Beth Bice hinted, “When are we going to have a baby? I’m starting to get really bad baby fever lately. I hate to say that, I really am.” She continued, “When Jamie and I started filming Couples Cam, we made a promise to each other and to our producers that we would be 100% transparent and we’ll give them anything and everything that they want. I want people to see reality.”

Beth and Jamie want to help anyone having relationship problems

While Beth Bice and Jamie Thompson might be thought of as reality stars, the couple is keen to help others by sharing their real life experiences on Married at First Sight: Couples Cam. Rather than wanting to keep their post-show life private, they’re happy to open up about their problems — as well as their successes — especially if it makes other people feel less alone. “I want people to know we’re not living over here in La La Land,” Beth told Nicki Swift. “I want to help people in their marriage because I went through a lot. And I feel like with the amount of people that reached out to me, a lot of people go through those same issues.”

It can’t be easy sharing certain aspects of your relationship with an audience, but Beth feels that it’s worthwhile. “I just want to let people know it’s okay to argue and it’s okay to disagree, but guess what? You guys can still love each other and that doesn’t dictate your whole entire marriage or dynamic or your day,” she said.

Jamie agreed, explaining, “I also create a degree of separation where I’m like, I create my content or we create our stuff for Couples Cam and then it’s out there and what people want to do with it is fine. And I try not to really think about it because we are open people. So we’re just used to that.”

Beth says she has nothing to hide

As for why MAFS fans should tune in to the spin-off, Beth explained, “Watch Couples Cam, it’s the best show ever.” She added, “It’s a great dynamic. If you loved Married at First Sight, keep up with the rest of the couples that have made it. It’s so much fun. You guys are really, really going to like it and also keep watching Married at First Sight too, because we love that show too.”

If you’ve been wondering how any of your favorite reality TV couples have been doing, tune into Married at First Sight: Couples Cam on Lifetime.