Putting it all on display. Beyoncé and Jay-Z kicked off the European leg of their On the Run II tour this week, and fans are freaking out over nude photos of the pair that are featured in the tour book being sold at the shows.

The couple posed for some steamy photos in bed together. In one snap, the “All Night” singer, 36, is reading a newspaper while wearing nothing but a thong, while her shirtless husband smokes a cigar next to her. In the second pic, the rapper, 48, is lovingly cradling his naked wife in his arms. The Grammy winner positioned herself in a way that kept most of her body covered for the photo. Another photo in the tour book shows Beyoncé flashing her bare booty on the beach. 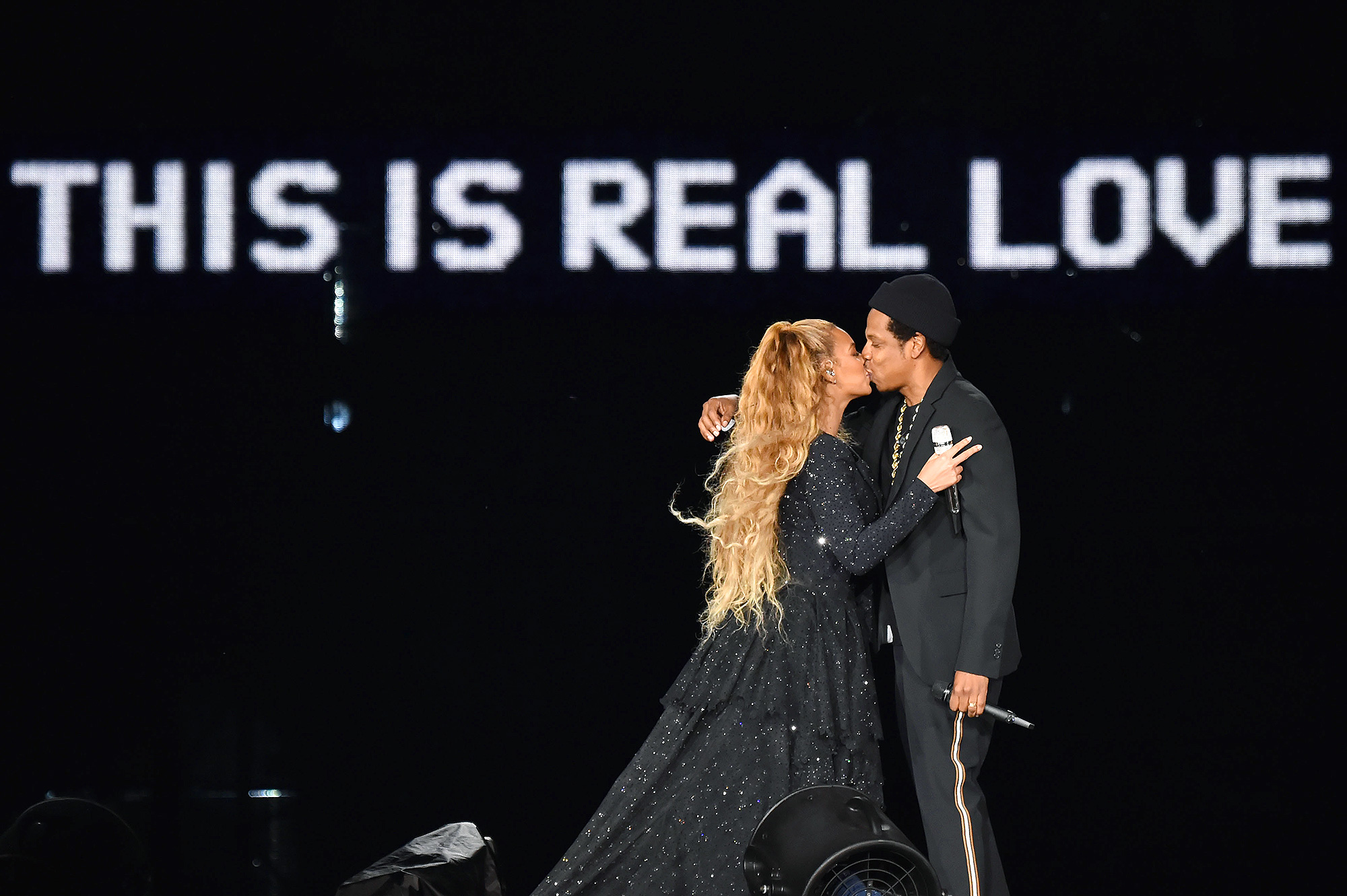 The second installment of their joint tour kicked off on Wednesday, June 6, at the Principality Stadium in Cardiff, Wales. The couple made their grand entrance to the stage together in an elevator, making a reference to Jay’s physical fight with Beyonce’s sister, Solange Knowles, after the 2014 Met Gala.

The couple, who have been open about their marriage woes in their latest projects 4:44 and Lemonade, both wore their wedding rings during their opening night performance. They also shared clips of what appeared to be a vow renewal as well as videos of their daughter Blue Ivy, 6. In one video, Beyoncé is seen cradling two babies in her arms, but Us Weekly confirmed that the children in the photos are not their 11-month-old twins, Rumi and Sir Carter. The babies did appear in a montage at the end of the show, however, while their parents performed “Perfect” and “Young Forever.”

The tour continued in Glasgow’s Hampden Park on Saturday, June 9, where the couple sang their collaborations and more than 40 other songs from their long-running careers. They have 13 more dates in Europe before returning to the U.S. for the second leg of their tour. They will be doing 21 shows across the country and DJ Khaled will be joining them as their opening act.