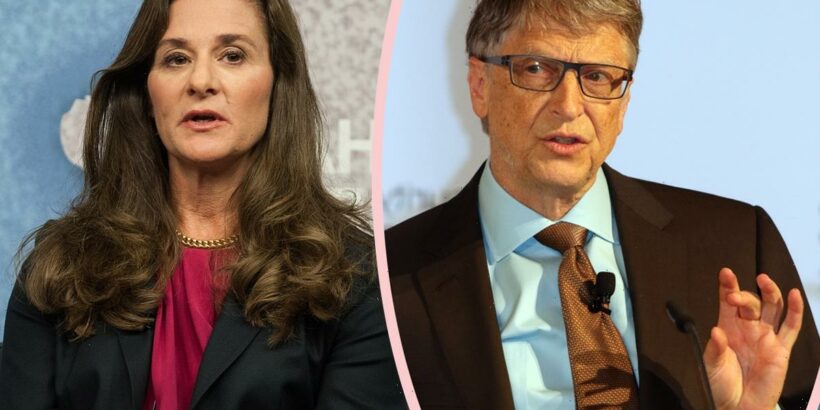 Let’s face it, Bill Gates was a figure mired in controversy long before he had a reason to grace tabloid covers. So since Melinda Gates filed for divorce this month, seemingly out of nowhere, everyone has been scrambling to find some dark, twisted reason for the split.

But the darkness might be hiding in plain sight. No overly complicated conspiracy, no shocking secret — it might just be that Bill is not that nice a guy.

At least that’s what we’re reading from a new source spilling to People on Wednesday. The insider says there was no one BIG problem — but also paints a picture of Bill himself being the issue:

“He could have treated Melinda better. He’s not a saint, but there isn’t one thing that created the final split. It goes deeper than that.”

“It’s many years of differing views of the world, the foundation, and of life in general, and those things piling up. They are older and each personally looked at life and asked, ‘Is there more out there than what I have?’”

What differing views could they have about their charitable organization? It has a mission statement — “fighting poverty, disease, and inequity around the world.” If they’re disagreeing on which inequities take priority, can we suggest they just tackle both? They are the biggest private organization in the world after all with over $49 BILLION. Why choose?

See, that’s where the whole Bill not being as great a guy comes in. The source says:

Ah. So it wasn’t that he wanted to help in different ways — but that he didn’t really care about charity at all? That was all her?? Hmm…

The insider says Bill publicly taking the lead on charitable issues was a big mistake as it pushed Melinda aside and downplayed her importance.

“He needed a better balance. He needed to let her speak and take the recognition she deserved on many foundation issues. He didn’t realize he made those mistakes when he was making them.”

She did write in her 2019 book The Moment Of Lift that she had a tough time trying to be heard next to Bill:

“I’ve been trying to find my voice as I’ve been speaking next to Bill and that can make it hard to be heard.”

So did Bill just take the lead on foundation issues because he considered himself the important one? Not because he cared more? Did he ever care about any of it??

Well, he certainly cared about one thing…

The source also believes Bill’s ongoing relationship with Ann Winblad contributed to the wedge between them.

If you’ve never heard, this was probably the most unusual thing to come out about their marriage in the early days. Bill and Ann, the woman he had dated for years just before Melinda, had an “arrangement” in which they continued to go on weekend-long vacations together — just the two of them — long into the new marriage. Supposedly it was all very platonic and about the deep conversation, and Melinda gave the whole thing her stamp of approval from the jump.

So was the Ann of it all a problem for Bill? The source weighs in:

“He is close to her. Romance or not, when one spouse loves the company of another person outside of the marriage and perpetuates that friendship over many years, it can help destroy trust.”

Yeah, no kidding! It seems the vacays stopped around the time Ann got married; we’re guessing her hubby didn’t have the same innocuous view of the arrangement — or perhaps didn’t feel as pressured as Melinda to allow it?

This is a lot of insight into what is sure to be one of the most talked-about — and expensive — divorces of all time.

What do YOU think, Perezcious relationship experts? Is this two people inevitably growing apart because one isn’t the nice guy he seems to be? Or is there actually some other juicy secret still yet to be uncovered??