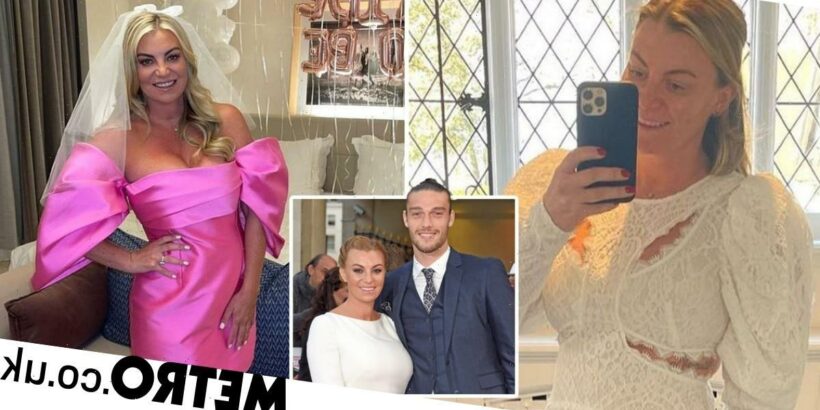 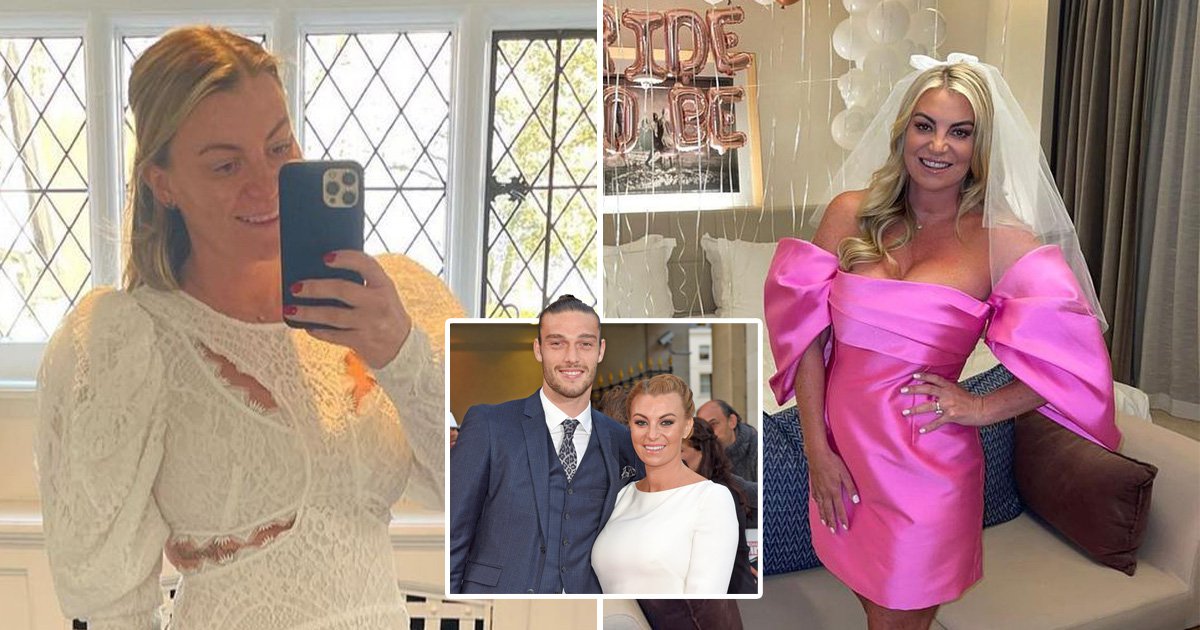 Billi Mucklow is selling some of her wedding and hen do outfits on social media after marrying husband Andy Carroll in June.

The pair tied the knot in a lavish wedding at the Four Seasons hotel in Hampshire less than three months ago, and now savvy Billi has made the decision to pass on some of her designer threads from the day and its surrounding festivities online.

Among the haul on offer is the designer party dress she wore to her wedding reception, as well as an unworn pair of coveted Jimmy Choo heels and a bright pink satin mini-dress the 34-year-old wore for her hen do back in May.

Taking to Instagram on Sunday, the mum-of-three announced: ‘Selling some of my stuff my hen/wedding on @prelovedlife’, before sharing links to the six items she had listed for sale.

These include the bright pink Solace dress that featured in all of her hen party photos, with Billi asking £290 for the dress with an RRP of £410.

A Taller Marmo feather dress was also up for grabs, which Billi ‘wore for a few hours to the party of my wedding’.

As the former Towie star’s most expensive item, the new wife is requesting £800 on the gown that sells new for £1290.

She also listed a pair of Jimmy Choo bow sandals for £700 – currently sold out on Net A Porter – as well as a white lace full-length gown at £95 and a Nadine Merabi feather pink dress for £280 all as new and unworn with their original packaging.

Finally, one of her little bridesmaids’ Needle & Thread dresses is on offer as ‘worn for a couple of hours basically brand new’ at £150.

The star has added these items to an Instagram page she has previously sold shoes, bags, clothes and even furniture on, as an experienced reseller.

Billie enjoyed a sunny honeymoon to Mexico with pro footballer Andy after their wedding celebrations, which were initially thrown into doubt after Andy was pictured on a bed passed out with another woman during his stag do in Dubai.

The woman, who later identified herself as Taylor Jane Wilkey, later insisted ‘nothing sexual’ happened between them and described Andy and his friends as ‘gentlemen’.

‘It was all just a bit of entirely innocent fun. I didn’t sleep with him, it wasn’t like that, there was three of us in the room,’ she told The Sun, adding that she hoped Billi would forgive him.

The couple – who dated for nine years and share kids Arlo, seven, Wolf, four, and 23-month old daughter Marvel Mae – pressed on with their planned wedding.

Andy later posted an Instagram tribute to this wife while they enjoyed their Honeymoon, showing off a picture of himself with his arm wrapped around Billi on the beach as he planted a tender kiss on her head.

Standing in front of a giant wicker heart on the beach, with the waves rolling behind them, Andy gushed in the caption: ‘Love Of My Wife ❤️.’