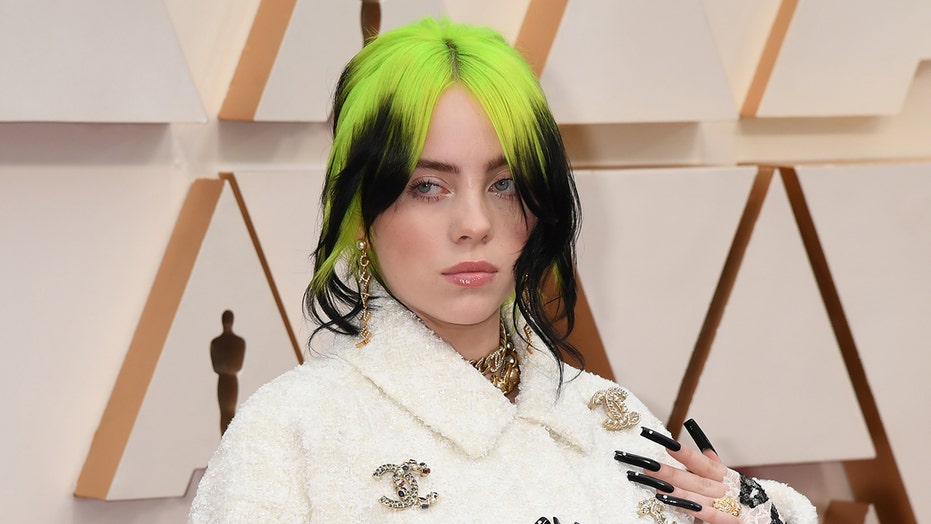 Billie Eilish is back with a new single.

The 18-year-old singer released "Therefore I Am" on Thursday, along with an accompanying video.

The nearly-five-minute video begins with Eilish walking through an empty mall before she turns around to face the camera just in time to start singing.

Eilish continues to run and dance through the mall as she sings and snags a soft pretzel, a doughnut, a drink, a bag of chips and more from empty shops and restaurants.

The star responds by simply bolting out of the mall with her snacks.

In typical Eilish fashion, the star dons baggy and mismatched clothes for the video, as well as her green hair and long fingernails.

The song is somewhat of a departure from her more traditional alternative sounds, leaning toward the pop and even hip-hop genres.

Eilish has released two other songs this year: Bond theme "No Time to Die" in Feb. and the single "my future" in late July. 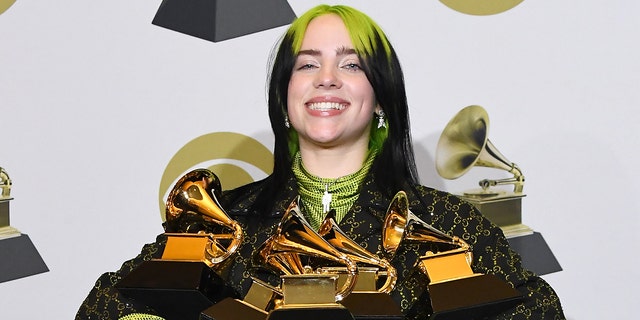 "The video is just the way that the song feels to me — careless and not really trying," Billie told Apple Music's Zane Lowe, per People magazine. "The video, we, number one, shot on an iPhone, which we didn't even mean to do."

"Barely any crew" was used to shoot the "random" and "chaotic" video, she said.

Eilish said the song is "very up for interpretation" and that she's "very curious" to see fans' reactions.

"It feels like me," the Grammy-winner explained. "I feel like the rest of them also feel like me, but I think this one is more like … If I think about it from an outside perspective, this one I'd be satisfied if I was a fan." 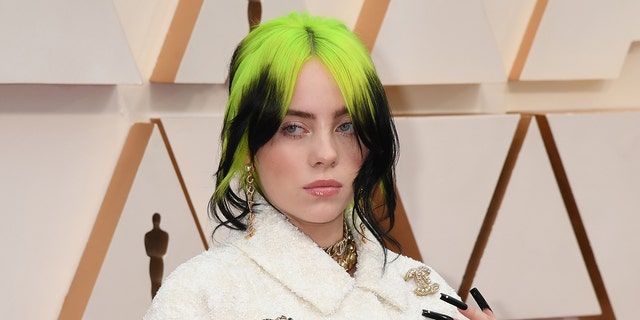 Billie Eilish released the song ‘Therefore I Am’ and its accompanying music video. (Photo by Jeff Kravitz/FilmMagic)

Eilish has wracked up an impressive bevy of awards, especially considering her young age.

The star won five Grammys earlier this year, securing her spot as the second and youngest artist in history, as well as the first woman to sweep the four major awards in a single night by taking home awards for record, song and album of the year, and best new artist.

The only other artist to sweep the categories was Christopher Cross in the early 1980s.