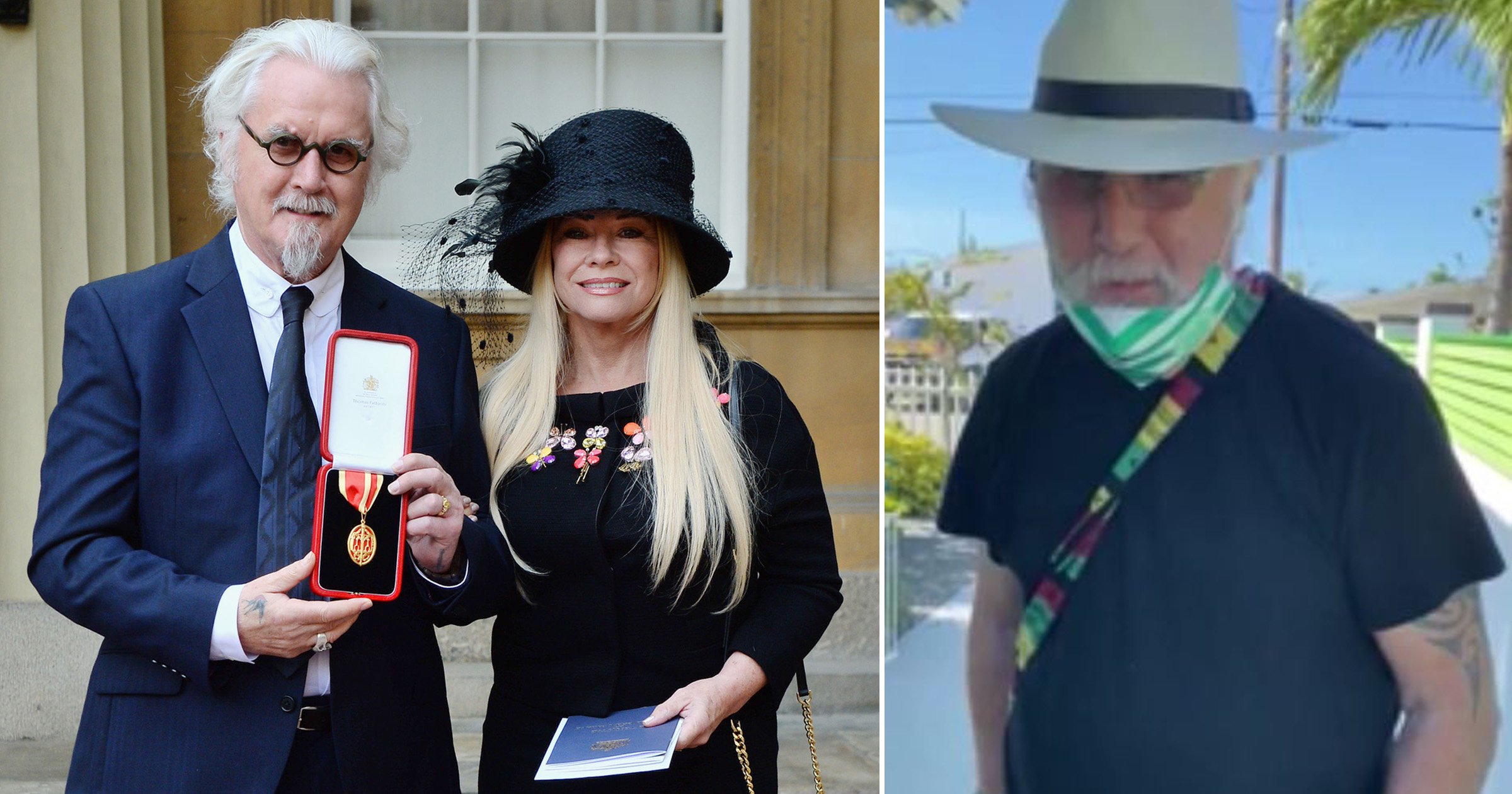 Sir Billy Connolly has made a rare appearance on social media as wife Pamela Stephenson got him to share his fashion secrets with her followers.

The comedian, 78, was seen looking happy in a video shared by Pamela, 71, from their home in Florida over the weekend.

In it, she can be heard telling him: ‘Billy, you’re such a fashion maven. What’s your secret?’

Pamela then asks Sir Billy to show off his face mask for the camera, which is in Celtic FC’s green and white stripes with the club badge emblazoned on the side.

Fans were loving seeing Sir Billy on social media, after he quit stand-up comedy at the end of last year due to Parkinson’s Disease. 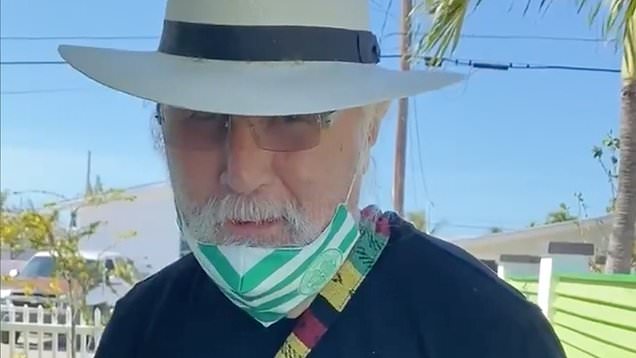 They tweeted: ‘He’s already immortal Pamela , but it’s so great he’s hanging around for a while yet.  God bless Billy Connolly the funniest man ever’ and ‘You can take the Big Yin out of Glasgow but you’ll never take Glasgow Celtic out of the Big Yin . God Bless Billy, you’re our national treasure’.

Others added: ‘Good to see him still responding with the 1 liners. Billy broke the comedic mould.  Funniest person ever’ and ‘On behalf of the entire world, I’ve a favour to ask?  Can you post loads more wee clips of Billy in your daily lives?  It just makes my heart glad, to know he’s doing ok.’

Fans were also happy to see him looking well, adding: ‘Hail Hail big yin. Looking good’ and ‘God bless you Billy, fantastic to see, Pamela has done you proud with this wee tweet,made my day.’

Sir Billy had announced in December that he would no longer be performing stand-up comedy, after being diagnosed with Parkinson’s in 2013.

He told The Mirror at the time: ‘Since the Parkinson’s I’m still the same in many ways, but I don’t think as sharply as I need to to be a stand-up.

‘I’ve done 50 years and that’s plenty. Quitting is the right thing to do. I achieved everything I wanted, played everywhere I wanted to… I did it all.’