The ‘No Hook’ rapper announces their breakup on Instagram Stories, writing that he and the Lash Bar owner are no longer an item.

AceShowbiz –
Blac Chyna and her much younger boyfriend, YBN Almighty Jay, have decided to go separate ways after dating for three months. The “No Hook” rapper took to Instagram Stories on Tuesday, June 19 to announce their breakup.

“@blacchyna and I are no longer together,” Jay wrote on the photo-sharing site. He didn’t dive into details about the reason for their split and deleted the post shortly after. 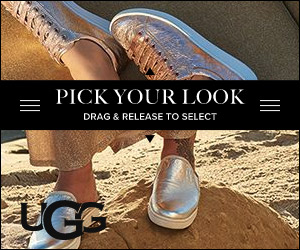 Chyna herself has yet to publicly comment on the breakup, but shared on Instagram a video of herself laying on a purple couch after Jay shared the news. The Lash Bar owner did, however, speak out about her other past relationships on Father’s Day.

Taking to Instagram Stories, she slammed Rob Kardashian and Tyga for allegedly not paying child support. “Wow Tyga and Rob… no child support BOSS B***H ALL 201…,” so she wrote on the social media site. Chyna shares 19-month-old daughter Dream with the youngest Kardashian sibling and shares 5-year-old son King Cairo with the “Hookah” rapper.

While Tyga hasn’t responded to the accusation, TMZ reports that Kardashian believes his baby mama was trying to sabotage his Father’s Day by making up lies about him on social media. The “Keeping Up with the Kardashians” star thinks his ex-fiancee was egging him on to hit back at her because he’s prohibited from doing so.

Sources close to Kardashian tell the site that he has been paying $20,000 in child support every month. However, he wants it to be drastically lowered because he’s not making any money at the moment. It is also reported that the 31-year-old businessman is a great father and never skips a visit to see their daughter.