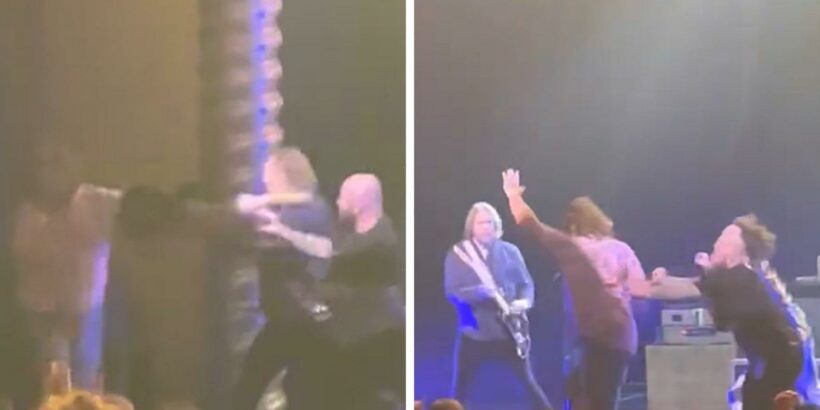 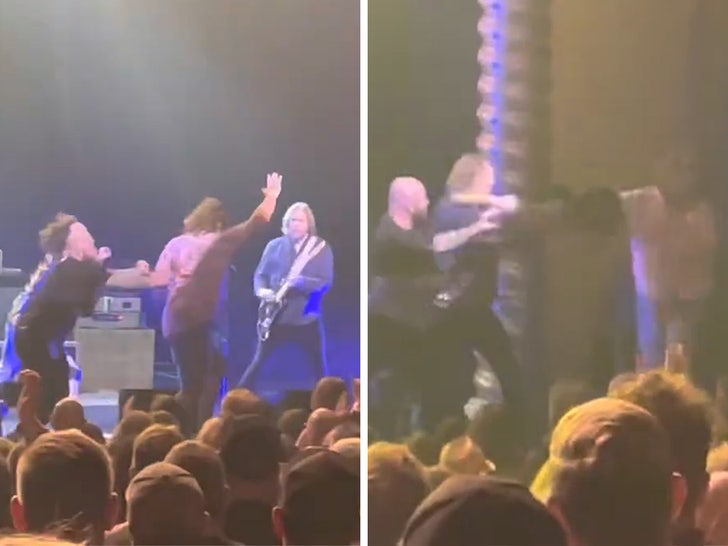 Here’s a painful lesson for all stage invaders … the Black Crowes do not find you “Hard to Handle” — not when they’ve got guitars and mic stands to beat you down!!!

This scene went down Sunday during the rock band’s Melbourne, Australia concert — as they started playing “Stare It Cold,” one rowdy fan looked like he instead wanted them to play “Twice As Hard” … ’cause that’s what he got.

The guy jumped up from the front row and sprinted in front of lead singer Chris Robinson as security chased him to a corner of the stage. 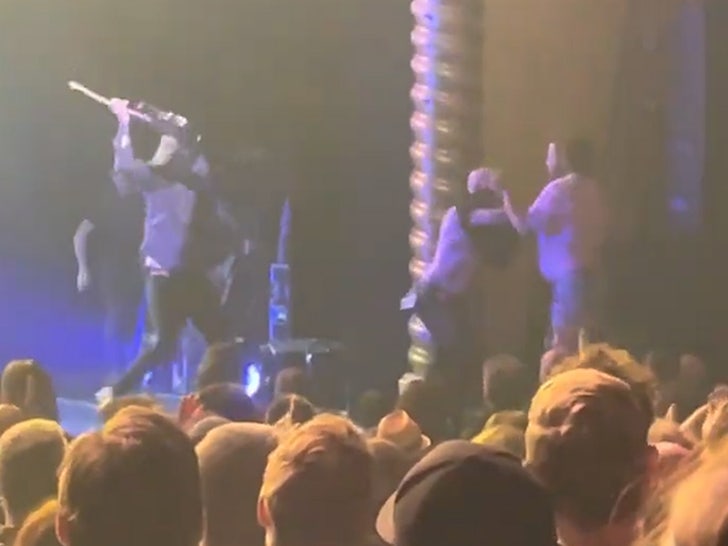 Stupidly, he decided to put up a fight with bodyguards, and that’s when lead guitarist Rich Robinson stopped playing … literally and figuratively. He took off his guitar and used it to smash the dude in the neck.

While the Robinson bros are famous for being at each other’s throats, they came together for this battle … as Chris used his mic stand to help beat back the fan. 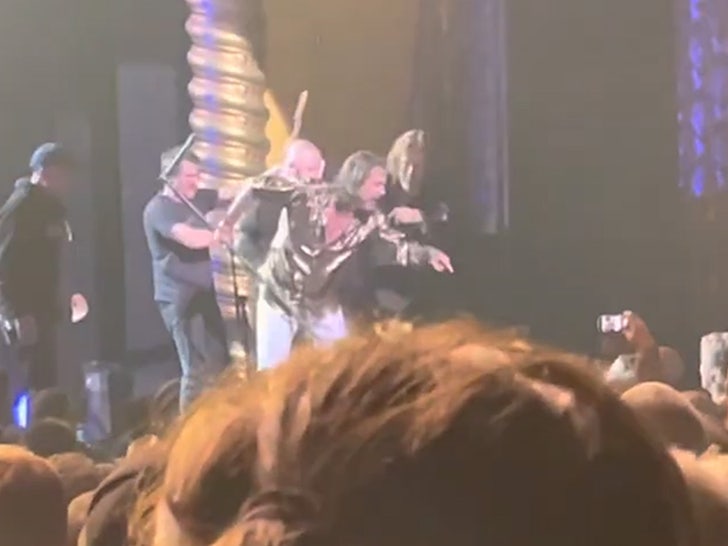 Almost immediately, the guy fell back into the crowd … before security showed him the door and the Crowes restarted “Stare It Cold.”