Gwen Stefani and Blake Shelton have been together for four years and there have been many rumors about them getting engaged and planning a wedding. They haven’t taken those steps yet, though, and People magazine just brought in some sources to explain the status of their relationship. Apparently, Gwen and Blake definitely want to get married but have to fully sort out her divorce from Gavin Rossdale before they move forward.

The sources explained that Blake actually wanted to propose to Gwen a long time ago, but they both decided to move slowly because Gwen is Roman Catholic. And while Gwen really wants to get married in a church, sources say that “isn’t possible currently” due to her faith and her previous divorce.

The United States Conference of Catholic Bishops states that “unless one’s spouse has died, the Church requires the divorced Catholic to obtain a declaration of nullity before marrying someone else.” Basically, she would have to get her marriage to Gavin fully annulled by the church before she could marry Blake. 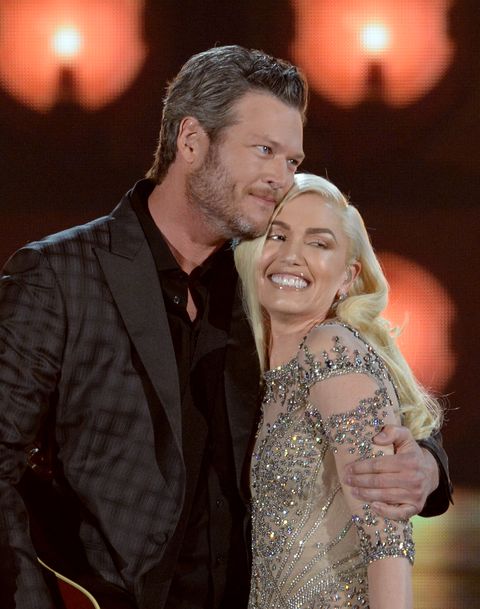 But even though they’re waiting to get married, sources made sure to point out that Gwen and Blake are “very serious” and think of each other as “the one.” The source added, “They fall more and more in love with one another, and their happiness quotient keeps rising.”

And if you need any more proof, Gwen and Blake just recorded their third duet, “Nobody But You,” which will be featured on his new album. In it, he sings, “I took my time to tell you how I feel / Just because I took so long, don’t mean that it isn’t real / I ain’t got no diamond, but I’m down on my knees, honey / Don’t go lovin’ on nobody but me.”

You love to hear it.