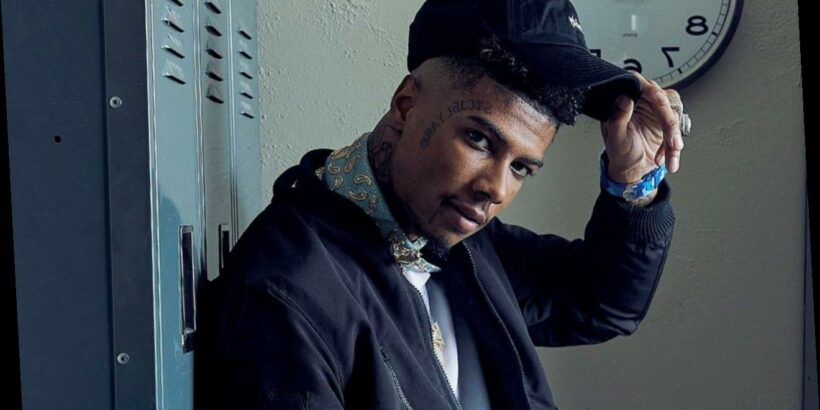 AceShowbiz -“Rules are made to be broken” is probably Blueface‘s motto. The rapper clearly doesn’t care about violating Instagram’s nudity policy and the COVID-19 protocols as he shared NSFW videos from a packed stripper party on his Instagram Stories.

In a series of uncensored clips, the 23-year-old star showed scantily-clad women gyrating on a man and twerking in what looked like a nightclub. Some of the strippers even took off their already barely-there clothes, exposing their private parts to the camera.

“Regular night for me,” Blueface bragged in one of the videos. He also posted a censored version of photos from the x-rated party, showing him enjoying coke while watching wild things unfold from a table. “If you not from da set please get out da section cryps ina room,” he captioned the snaps.

After seeing Blueface’s Stories, many took to Twitter to express their shock at the raunchy content that he shared on Instagram, making him trending on the blue bird app. “So I was told to go look on blueface s ig story…… TRAUMATIZED,” one person exaggeratedly claimed. Another echoed the sentiment, “blueface’s instagram story just made my soul leave my body wtf is even going on I’m afraid.”

Some others took issue with the fact that Blueface’s NSFW videos are still on his page despite Instagram’s strict nudity policy. “blueface’s ig story apparently doesn’t go against guidelines?? but woman premoting (sic) their content gets taken down asap. this doesn’t sit right w me,” one person complained.

“BlueFace really showed a whole COOCHIE on his ig story and it isn’t being taken down??????” another wondered. Someone else similarly protested, “Me after watching blueface: …….. but artists can’t draw NSFW without getting warned/deleted?”

Blueface was also blamed for the rising number of coronavirus cases in the U.S. “Me looking at the crowd of people with no mask on Blueface insta stories,” one shocked user wrote. “After seeing Blueface Instagram story and realizing we are never getting out of this pandemic,” another lamented.

One other user commented, “Me realizing we’re gonna be on lockdown forever after watching Blueface IG story.” Someone slammed the “Thotiana” hitmaker, “yep that’s Blueface challenging the corona through his ig stories.”

This isn’t the first time for Blueface to be found in this kind of scene. During the quarantine, he has been hosting a number of house parties as part of his “Blue Girls Club” series that has been uploaded on his OnlyFans account.