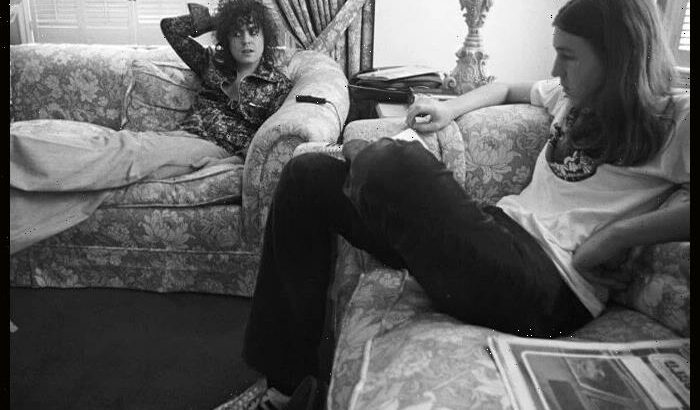 A BMG documentary on Marc Bolan and his rock band T.Rex will make its world premiere at the Tribeca Film Festival in June.

U2, Elton John, David Bowie, Ringo Starr, Nick Cave, Joan Jett, and acclaimed filmmaker Cameron Crowe are among a star-studded cast set to pay tribute to the genius and pioneering influence of Marc Bolan, one of the greatest rock composers and musicians.

The film, Angelheaded Hipster: The Songs of Marc Bolan & T. Rex, is written and directed by Ethan Silverman and produced by Silverman and Bill Curbishley.

The film was financed and executive produced by BMG.

The film looks at where Bolan was headed musically and artistically before his life was cut short in 1977 in a tragic car crash at the age of 29. A folk-pop troubadour, Glam Rock’s metal guru, a brilliant guitarist and poet, Bolan’s golden era was in the late sixties and seventies, when he was the biggest selling singles artist since The Beatles.

The film follows the release of the extraordinary tribute album and musical companion album Angelheaded Hipster: The Songs of Marc Bolan and T.Rex by BMG in September 2020.

Featuring 26 reimagined songs culled from Bolan’s vast body of work released as T. Rex and Tyrannosaurus Rex from 1968 to 1977, in addition to archival fan and performance footage, the film is distinguished as a living document combining a behind-the-scenes look at the making of the new album as the artists explore Bolan’s legacy as one of the most influential yet enigmatic rock stars of all time.