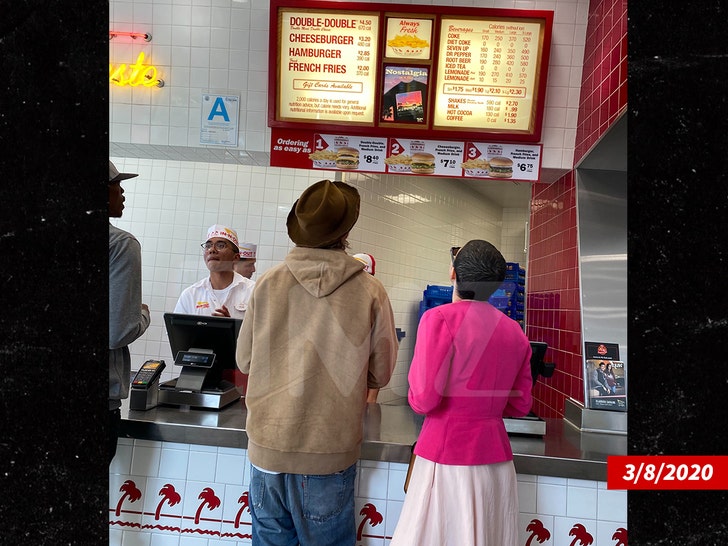 Brad Pitt‘s got one hell of an appetite … for burgers and more friendly hangouts with gal pal Alia Shawkat.

The “Once Upon a Time in Hollywood” star and Ali were spotted at In-N-Out in L.A. the day after they both also hit up a Thundercat show at The Wiltern. Brad, seen wearing the same hat he wore at the concert, used to be one party animal — no word if he went animal style at the burger joint. 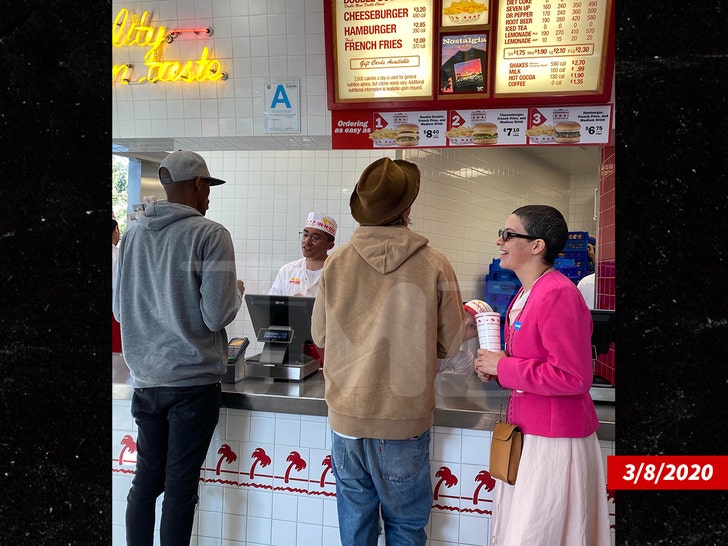 In any event … here’s hoping Brad’s finally put an end to the whole In-N-Out vs. Shake Shack debate. But, one thing’s for sure … Brad and Alia really do enjoy each other’s company.

As we reported … Brad and Alia hanging out is nothing new for them. They’ve been going to concerts, comedy shows, museums and galleries together for months. As friends, that is.

Sources close to the Oscar winner told us Brad doesn’t feel any need to get back on the dating scene right now. Until then … more double-doubles!!!