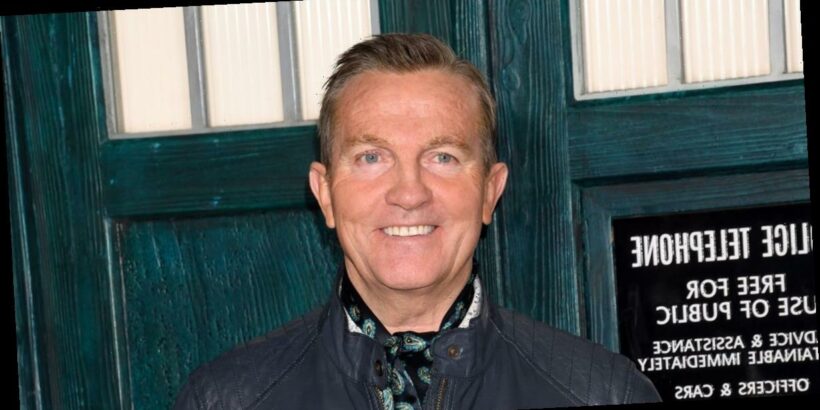 Bradley Walsh has revealed he cut his head open while shooting his ITV series Breaking Dad with son Barney.

The Chase host, who recently sang a duet with Gary Barlow, has taken on plenty of adrenaline pumping challenges but none of the crazy experiences caused his injury.

In fact, the 60 year old ended up hurting his head after whacking it on a hanging menu.

He said: "After being thrown out of a plane, climbing up a wall and being thrown off a bull and everything like that, I trip up like an old twerp and whack my head on the menu."

The television personality jumped off a 30ft high cliff for the series finale and admitted he had "the shakes" as he looked down at the drop.

Bradley and Barney, 23, met with a professional cliff diver called Alex to learn about the art of leaping off heights, with the expert warning them: "Anything can happen."

As Barney and Alex helped the former soap star climb up onto the ledge, Alex said: "You need to jump forward, jump far."

Clearly worried about his dad, Barney asked: "Dad, are you sure about this?" to which he replied: "Nope."

Barney then crossed his fingers as he said: "Don't force yourself to do something you don't want to do dad."

However, Bradley, who was surprised with an Andrea Bocelli concert, faced his fears and jumped off of the cliff and landed in the water.

His son turned to Alex and gushed: "Do you know he's 60?!" to which the professional responded: "I know, very impressive!"

Floating in the water, the former Coronation Street star joked: " landed on my gluteus maximus, it's absolutely slapped my a***. Ah, my a*** is on fire."