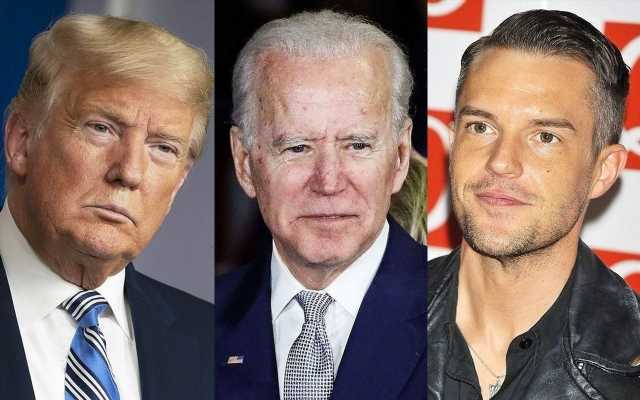 The Killers rocker is less anxious as things ‘calmed down a little bit’ after Biden becomes the President of the United States following Trump’s loss at the election.

The “Mr. Brightside” singer has been vocal about his opposition to former leader Donald Trump and he’s relieved that Biden is a leader who is “more about doing the job as opposed to keeping his followers frothing.”

He tells British music magazine NME things in the U.S. were tense in his home state of Utah during the pandemic while the former reality TV star was still in power.

“There was a moment where we felt so divided that we were all really anxious and wondering what it meant to not be a gun owner. People were buying guns and some places in Utah were running out of bullets. What are these people preparing for?”

“It became a political statement if you wore a mask, and I was laughed at in gas stations for that. It was just a crazy time. That’s calmed down a little bit, but it’s still scary to know how quickly we can be torn apart.”

Meanwhile, Brandon and his bandmates landed their seventh number one album in the U.K. – and a new chart record.

They have now become the first international act to score seven chart-toppers with “Pressure Machine”, which debuted at number one on Friday (20Aug21).