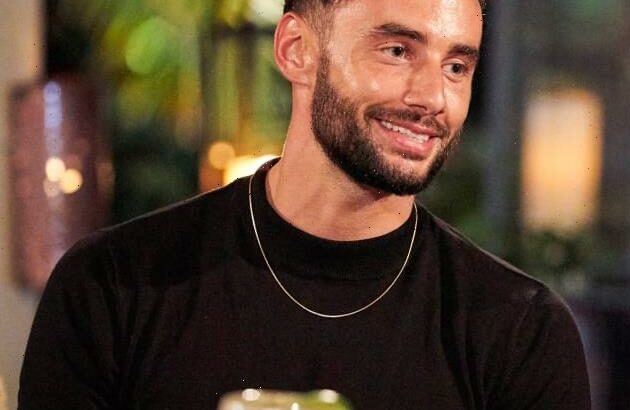 And now he’s trying desperately to make up for it.

On Monday night, as a quick refresher, Brendan was at the center of some major Bachelor in Paradise drama.

The contestant, who had grown close on air to Natasha Parker over the first set of summer episodes, went on a date this week with Pieper James.

Yes, the same Pieper James who Morais allegedly spent time with prior to shooting.

Brendan had played down his relationship with James when talking to Parker — but then quickly bonded once again with Pieper during their dinner, eventually making out and prompting quite a response from James.

She called Morais her “boyfriend” and said the two were “dating.”

But what about Natasha?!?

She tore Morais a new one for leading him on, and for seemingly lying about how much time he spent with Pieper before arriving in Paradise.

“Are you here because of this TV show?” Natasha asked Brendan, accusing him on only using the series to boost his social media profile.

As Morais stammered to answer, and tried to claim Parker had selective hearing when the pair discussed their relationship, Natasha broke it all down for him.

“The core of the issue is, is that I feel like you’re a liar,” she said point blank to Morais for the way he misled her when it came to James.

Fast forward a few days and Morais just made things even worse for himself.

On Monday, the reality star posted a photo of himself smirking, along with the caption: “Here for the wrong reasons.”

This, of course, is exactly what Natasha accused him of; she thinks he only went on Bachelor in Paradise to get famous, considering he was already with Pieper (in her view) when he came on board.

So here went Morais, basically confirming as much after the latest episode aired.

On Wednesday, though, Brendan deleted the photo and attempted a major walk-back.

“After taking time to begin to process the events that unfolded over the past few days, I have realized I was wrong on so many different levels,” he wrote as a mea culpa.

“First of all I removed my last post from my feed.

“I posted it before the episode aired and had no idea the magnitude of hurt that I caused.

“My approach to many things in life is sarcasm. In this instance with regard to my post, I was completely insensitive.

“Most importantly I apologize to you Natasha. I hurt you.

“I am deeply sorry for doing so. I understand that the damage is already done and all I can do going forward is acknowledge the error of my ways.”

In his message, Brendan didn’t delve into specific details about the nature of his and Pieper’s pre-Paradise relationship, simply referring to himself and Pieper as having “misunderstandings” prior to the show.

Morais went on to say that any anger over the way his cast members were treated should be directed at himself … and not at James.

“For those of you that felt my actions triggered certain feelings and emotions I am truly sorry.

“Lastly, despite the fact that Pieper and I had misunderstandings going into paradise (and I can’t stress this enough) – if you feel the need to express disdain for the situation, please do so at my expense.

“I am completely at fault. A full statement and apology will follow.”

Pieper, for her part, did not endear herself to viewers this week when she wrote “all’s fair in love and war” after this same controversial episode aired.

Both she and Brendan are paying for their sins where it counts, too:

Natasha, meanwhile, is up more than 70,000 — while Pieper has also lost several thousand followers on the social media platform as the backlash continues from alums and critics alike.

“I got to give a shoutout to my girl Natasha for handling her business very well.”