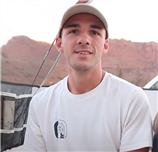 Brian Laundrie is a wanted fugitive who went “missing” more than one month ago.

Recently, many have voiced the suspicion that Brian might have died in the wilderness while trying to evade authorities.

Now, there may be evidence to back up that suspicion.

A senior law enforcement official shared that they were found in Florida’s Carlton Reserve.

This was a location that was previously submerged, given Florida’s climate.

The possible remains were located in the same area as personal belongings that were identified as Brian’s.

One of these belongings was located as near a backpack of the type that Brian was believed to have in his possession.

According to the attorney representing the Laundrie family, there were multiple items believed to be Brian’s found in the area.

Attorney Steven Bertolino spoke on Wednesday to update the media as the Laundries finally became involved.

“Chris and Roberta Laundrie went to the Myakkahatchee Creek Environmental Park this morning to search for Brian,”

Apparently, they had directed FBI agents and North Point police to a location where “some articles belonging to Brian were found.”

“The FBI and NPPD were informed last night of Brian’s parents’ intentions and they met Chris and Roberta there this morning,” Bertolino shared.

“After a brief search off a trail that Brian frequented,” he said, “some articles belonging to Brian were found.”

“As of now,” Bertolino continued, “law enforcement is conducting a more thorough investigation of that area.”

On Wednesday afternoon, the local medical examiner’s office and a K9 unit that specialized in locating human remains were called out to the scene.

This is not speculation — it was confirmed by the Pasco County Sheriff’s Office.

The Carlton Reserve is a relatively short drive to the north of the Laundrie family home in North Point, and has been a major focus of the investigation.

On social media, one of the major points of discussion was a series of questions about the timing of all of this.

One can understand why these possible findings could be made now, more than a month after Brian was last seen.

After all, the ground was submerged until recently. It’s difficult to effectively search for a fugitive if their remains are underwater.

The real question is why it was that the FBI and local law enforcement were searching for weeks without a solid lead.

Now, with the help of Brian’s parents, they were seemingly directed to a relevant search area in less than an hour.

Social media commentators who have been following the case say that the Laundrie parents clearly could have been more helpful earlier — if they had wanted to.

The FBI pledged to address the public at 4:30 PM (EST) on Wednesday to discuss the case.

This was a big deal as, aside from press releases, the FBI had not yet directly discussed the case with the public.

On social media, there was a general air of anticipation, as most expected that the FBI would not schedule a press conference without real news.

Even so, there are three main possibilities, the first being the least interesting: that there are no human remains there.

The second is that the remains were human and identified (at least on a preliminary basis) as belonging to Brian).

The third is that there were human remains but belonging to someone else … which would raise numerous other questions.