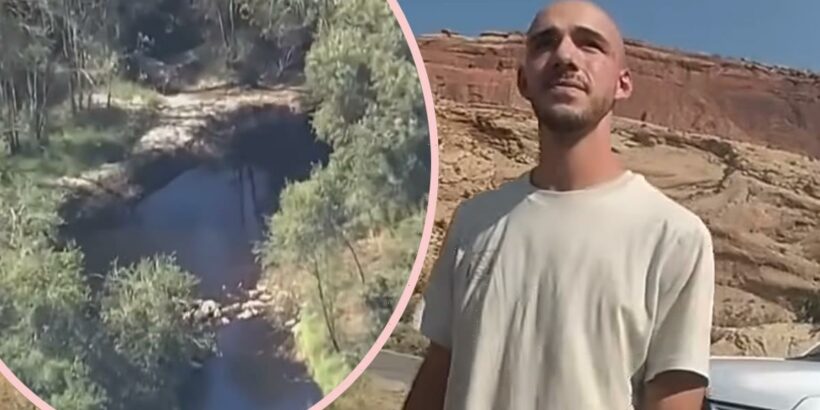 As more about the Gabby Petito murder investigation is being coming out, we’re getting a clearer picture of what happened — but at times a more gruesome one as well. You’ve been warned.

Back in October when we first learned Brian Laundrie‘s remains had been found, law enforcement kept a pretty tight lid on their condition. There was of course speculation — it was clear the Myakkahatchee Creek Environmental Park where he was found was an area of swampland that had been covered in water for weeks, so we knew it couldn’t be good — but all we really heard for sure at the time was that the remains were incomplete. Now we have a better idea what that means.

In the wake of the FBI confirming they are comfortable with the conclusion, based on the evidence at hand, that Brian was responsible for his fiancée’s murder, more info is being released to the public. The Sarasota County medical examiner released their full autopsy report on Monday, confirming Laundrie’s cause of death as a single self-inflicted gunshot wound to the head.

That we pretty much knew. However, it was the previously unreleased details that had our blood curdling.

First off, they specified he shot himself in the side of the head — the bullet entered at the left temple and exited just above the right, per the report. The exact time of death is tricky due to the condition of the partial remains.

Not only was the body believed to have been submerged in about three feet of water “for an extended period of time,” there were other wilderness elements at play. What was found at the primary site was “the vast majority of the skeleton,” though a few teeth and other bones from the face were never found. That’s not because of the gunshot.

The bones that were left were scattered about in “plain sight” around the area. According to the new report, several of the bones showed signs of “gnawing and chewing” from “post-mortem scavenging/carnivore activity.” Yeah. His body was eaten by wild dogs and rats. The report detailed:

“These areas are consistent with carnivores and/or omnivores including canines such as feral dogs and coyotes along with rodents and raccoons.”

Despite all this, medical examiners were still able to determine some important facts, like toxicology — there were no drugs in his system.

Near the skeleton, police found Brian’s personal effects: a pair of green shorts, a pair of slip-on shoes, a white metal ring, and a backpack. The gun — a short-barrel revolver — was also found at the scene.

Nearby at a secondary scene, presumably a campsite, authorities found animal skeletal remains (had he hunted and eaten an animal out there?) and a handwritten note. Presumably that one, by itself, was not able to be salvaged. However, they also found there a red baseball cap with the logo for Moab Coffee Roasters. He presumably got that last item during his time in Utah with Gabby, a souvenir of their final road trip together. He left it behind before going to end things. Hmm.

The medical examiner was also “informed that an apparent dry bag was located in another area approximately 250 feet southwest of the main area.” With that bag was a journal, presumably the infamous notebook where the FBI found Laundrie’s confession, as well as “a wooden box that contained a small notebook and photographs.” As you probably know, that secondary area was discovered by Brian’s father, Chris Laundrie, during the search, who reportedly picked up and handled the bag, bringing it to members of law enforcement.

What do YOU think of these new details, Perezcious internet sleuths?