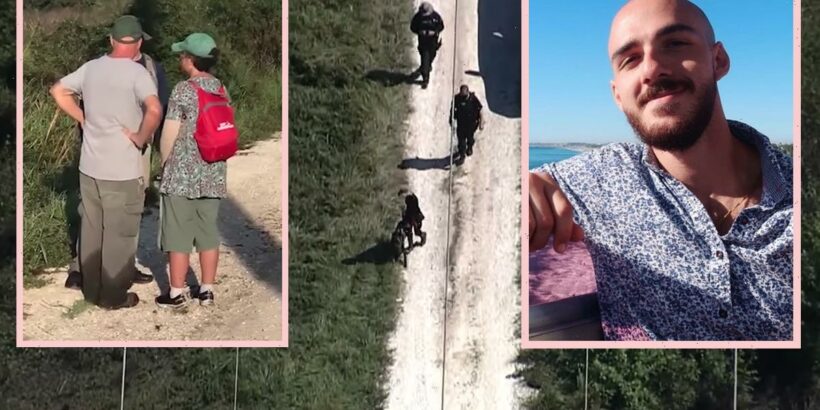 Huh. Well, we guess Brian Laundrie‘s parents already know how ridiculously suspicious basically all their actions have been throughout this ordeal and are just leaning into it at this point.

On Tuesday, Christopher and Roberta Laundrie were spotted hiking in the Myakkahatchee Creek Environmental Park — the exact area where they helped police finally locate their son’s remains a few weeks back. According to eyewitnesses, they spent about three hours in the North Port, Florida wildlife park, and in photos you can see them both wearing backpacks for the brief walk.

Naturally the photos caused a flurry of speculation online as people wondered why they would be retracing their steps.

There was already plenty of suspicion surrounding the Laundries. From the beginning of the search for their son’s fiancée Gabby Petito, they refused to cooperate with the girl’s parents or law enforcement. Considering she was meant to marry their son and had lived in their home with them for many months, one would assume they’d want to give any information they had to help her be found safe — unless of course they knew that was impossible. Obviously plenty of folks following the case, Gabby’s parents among them, believe the Laundries know more than they were saying, perhaps even the whole truth about her death. They may even be the last people alive who know the full story.

The questionable behavior continued when their own son slipped through the fingers of North Port police. They changed their story about when he disappeared but were always clear that he was leaving for a hike into the nearby Carlton Reserve. However, after a month of fruitless searching by law enforcement and reality TV bounty hunters, they finally joined in on the search — and immediately found his remains in a different park.

If that weren’t sus enough for ya, Chris was the one who found Brian’s bag of personal effects — and brought it to police, handling it before investigators could. This is a big no-no, violating the chain of evidence. So when it just so happened that Brian’s notebook, the one thing that may have held answers, happened to be outside the dry bag and soaking in Florida swamp water, we mean… Come on!

So it’s with that context that we’re now seeing the Laundries walking through that same area. It’s no wonder internet sleuths are suggesting they might be looking for something they don’t want anyone else to find first. All they’ve done is hold things back!

What is their supposed reason for going? Their family attorney Steven Bertolino told Fox News:

“They go to hike and mourn their son.”

A neighbor told the outlet they were actually out of the house a lot — mostly to avoid the media circus and near-constant mob of hecklers. That makes sense — but returning to the scene of what many are speculating was a crime? How can they not know how that looks??