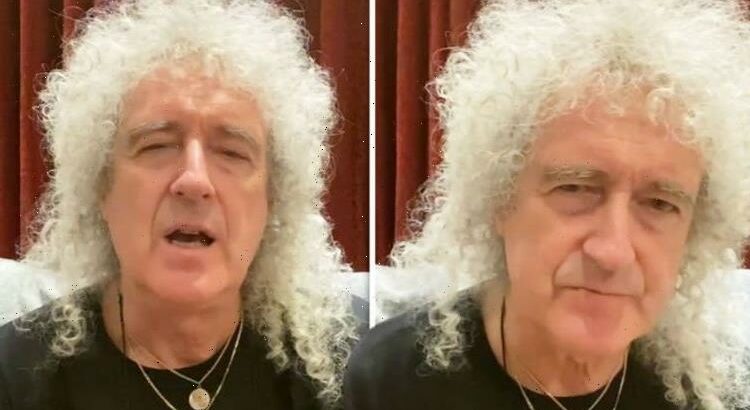 Brian May broke his silence in a candid Instagram post as the legendary rocker offered his condolences. The Queen bandmate shared a picture of the late Dusty Hill which he accompanied with a heartfelt tribute.

Dusty, real name Joseph Michael, was best known as ZZ Top’s bass guitarist and has died at the age of 72.

It is believed the bassist had been suffering from a hip injury in recent weeks, which forced him to pull out of a number of shows across America.

The musician reportedly died in his sleep but his cause of death has not been confirmed.

Taking to the picture-sharing site, Brian penned an emotional tribute as he shared his shock over the news.

Fans swiftly inundated the comment section, as they offered kind words to the late musician.

One wrote: “I feel the same! Absolutely gutted! Those Texas boys have been a part of me for awhile!” (sic)

Another commented: “This is beyond heartbreaking. ZZ Top is an American institution. It’s been the 3 amigos from the beginning and we can’t even imagine the loss Billy and Frank are feeling right now. Love and hugs to Dusty’s family, the band and his many friends and fans. This one hurts bad.”

“So sad to hear this. Love their music,” a third added.

While a fourth offered: “Very, very sad news. He will be missed.”

They wrote: “We are saddened by the news today that our Compadre, Dusty Hill, has passed away in his sleep at home in Houston, TX.

“We, along with legions of ZZ Top fans around the world, will miss your steadfast presence, your good nature and enduring commitment to providing that monumental bottom to the ‘Top’.

“We will forever be connected to that “Blues Shuffle in C.

“You will be missed greatly, amigo.”

Dusty was inducted into the Rock and Roll Hall of Fame as a ZZ Top member in 2004.

Away from the stage, he also starred in several TV shows, most notably playing himself in an episode of the animated series King Of The Hill.

The musician’s family said his death had left them with “empty hearts and feelings of indescribable sorrow”.

The cause of death is currently unknown.