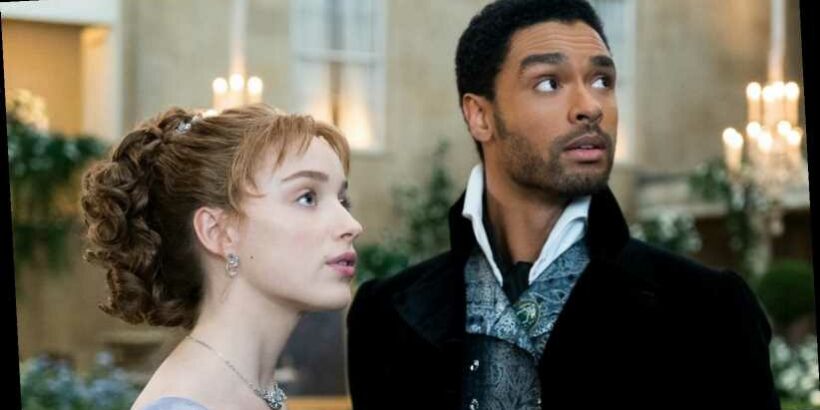 If you, dear reader, have been drawn into Netflix’s most popular show, Bridgerton, as we have, and have fallen in love with the Duke of Hastings, Simon Bassett, and his wife, Daphne, the Duchess of Hastings, as we have, we come bearing bad news. One day after April Fool’s Day (which meant there was no chance of this being a bad joke), social media featured the latest tidbit from Lady Whistledown’s Society Papers, announcing that Rege-Jean Page, who played the Duke, would not be returning for a second season. The announcement read, “While all eyes turn to Lord Anthony Bridgerton’s quest to find a Viscountess, we bid adieu to Rege-Jean Page, who so triumphantly played the Duke of Hastings. We’ll miss Simon’s presence onscreen, but he will always be a part of the Bridgerton family” (via Instagram).

Lest you wonder whether Phoebe Dynevor — who plays Daphne — might, like her onscreen husband, be planning to exit stage left, the update continues, “Daphne will remain a devoted wife and sister, helping her brother navigate the upcoming social season and what it has to offer — more intrigue and romance than my readers may be able to bear.”

Rege-Jean Page himself responded to the announcement on Instagram, writing, “The ride of a life time. It’s been an absolute pleasure and a privilege! Joining this family — the connection on and off screen, with our cast, our crew, all the incredible fans, has been like nothing I could have ever imagined — the love is real and will just keep growing.”

The actor’s departure doesn’t appear to be a surprise for anyone who is working on the show. In reporting Page’s absence from season 2 of Bridgerton, The Hollywood Reporter quotes sources as saying that the actor’s “contractual obligation” ended when Season 1 wrapped up, and that was how producers saw it would be, since each season was meant to take a different book from the series and put that story front and center. If this comes to fruition, there will be a total of eight seasons for the series, one for each of the Bridgerton siblings.

Unfortunately, signs are pointing to the fact that fans aren’t taking the news of Simon’s departure too well. Across social media, there has been much wailing from viewers who refuse to consider a Season 2 without Page as the Duke of Hastings. One Twitter user wrote, “This is a joke right????!!! A late April fools? You do realise no matter how good season 2 is, you will have so many disappointed bridgerton fans out there. Somebody fire the person who thought this a good idea.” Another chose to speculate on why Netflix and the show’s producers at Shondaland would willingly let Page go, tweeting, “My first and only thought is that he chose to leave the show. I can’t imagine the show letting him go if he wanted to stay. Maybe they would only if he demanded a lot more money. Likely, his career trajectory means that he seeking bigger roles.”

But there were also those who were fans of the Bridgertons before they became Bridgerton, and they too, went on Twitter to defend the story arc. “In case you don’t get this .. there are 8 books for the bridgerton story, each book featuring one of the 8 children of the late viscount bridgerton season two apparently is going to be on the second book, another child, Anthony hence why there won’t be need for the Duke (simon),” a third user tweeted.

It appears the show is following the Bridgerton books

In an interview with Variety, the actor himself explains that it was always meant to be this way. “It’s a one-season arc. It’s going to have a beginning, middle, end –- give us a year,” Page said. “I have nothing but excitement for ‘Bridgerton’ continuing to steam train off and conquer the globe. But there is also value in completing these arcs and sticking the landing.”

Even producer Shonda Rhimes weighed in on Rege-Jean Page’s departure from the show on social media, telling fans, via Instagram, to “Remember: the Duke is never gone. He’s just waiting to be binge watched all over again.” Variety also reminds fans that while there won’t be any new shows featuring Page as Simon Bassett (at least for now), he’s already lined up several projects, including Netflix’s The Gray Man with Ryan Gosling and Chris Evans.

We hope we get to burn for him when we watch that, too.