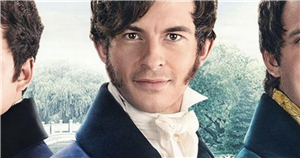 Runaway star of Bridgerton Jonathan Bailey is turning this attentions towards the silver screen after snapping up a role alongside Hollywood stalwarts Jason Isaacs of Harry Potter fame and Rogue One’s Felicity Jones.

Swapping the regency fashions of tailcoats and spats for a more more modern look, Jonathan will be starring in upcoming romantic comedy film Maria, penned and directed by comedian Simon Amstell.

The film’s leading lady will be portrayed by Academy Award nominee Felicity, while the Bridgerton actor will star as her boyfriend Eddy, with Jason playing her father.

A synopsis for the film reads: “Struggling to accept her age, her boyfriend's love and her father's indifference, Maria spots an opportunity to feel young, free and desirable at her father's wedding, where she meets Raffy, her new stepbrother.

“Their obvious, if inconvenient, sexual chemistry is made worse by the news that her father has been diagnosed with a terminal illness.”

The film is due to be shot in both the UK and US in Autumn 2022, so hopefully will not clash too much with the Jonathan’s hectic filming schedule for series three of Bridgerton, which co-star Nicola Coughlan revealed would be underway this summer.

She recently told Women's Wear Daily: "More Bridgerton to come… we're getting into season three this summer… it's about to get really really busy."

Ahead of the next series, Jonathan also revealed that it won’t be an easy time for his character Anthony and love interest Kate Sharma, played by Simone Ashley.

Speaking to the Hollywood Reporter, he said: "There's going to be complication. They're not simple people. I know they will work as a unit, and I know he'll be completely devoted to her, so I'm excited to see that and to explore."

For all your updates on Bridgerton, TV and showbiz, sign up to our daily OK! newsletter.