The 13th season of the hit ITV show is in full swing, with Amanda Holden using her golden buzzer on last weekend’s episode.

Amanda is also set to join the Heart Breakfast team with a brand new show next month.

Ahead of the launch, the 48-year-old appeared alongside co-host Jamie Theakston this morning.

And during a quick-fire Q&A round, she let slip that she would pick another popular TV series to watch over BGT.

In the clip seen above, Jamie asks Amanda: “Game of Thrones or Britain’s Got Talent?”

Without a moment’s hesitation, the TV sensation responds: “Oh, Game of Thrones. Sorry.”

The answer sparks clear surprise but Amanda simply bursts out in laughter.

In the wide-ranging interview, she also admitted to not watching BGT’s win at the BAFTAs.

“We won last year after a desert, I mean we didn’t win any BAFTAs on BGT and then finally we won last year, so this year we thought ‘oh no, we won’t win again,’ and I was catching up on Line of Duty. 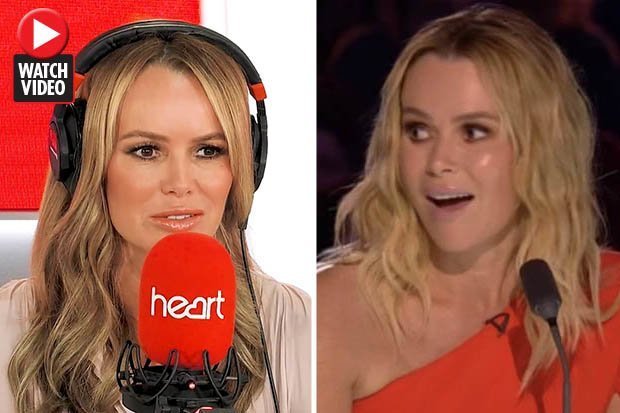 “She [Alesha Dixon] was in her dressing gown eating ice-cream and I know that because she texted me ‘oh my God babe, we won a BAFTA’.

Amanda’s outfit choice for her appearance on Heart didn’t quite go to plan, though.

The mum-of-two’s decision to seemingly go braless resulted in her accidentally flashing her nipples on the way into the Global studios.

Listen to the brand-new nationwide Heart Breakfast show with Jamie Theakston & Amanda Holden, weekdays from 06.30 – 10.00, launching on Monday June 3 across the UK.