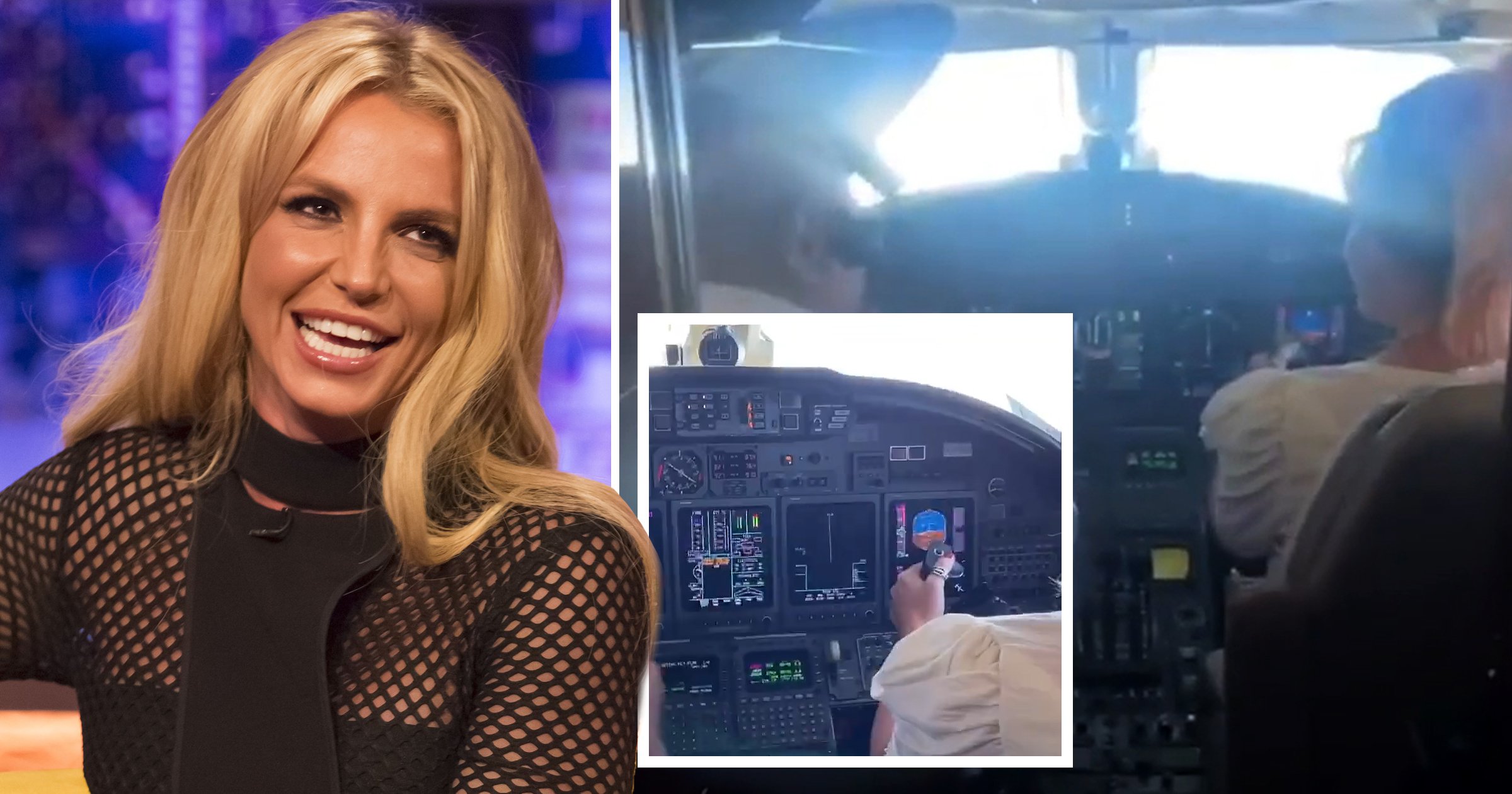 Britney Spears has shared her joy at her newfound freedom by hopping into the cockpit of a plane and flying.

The singer, 39, had a breakthrough in her conservatorship case on Wednesday after a judge suspended her father, Jamie Spears, 69, as conservator.

Following the ruling, Britney took to Instagram to share a video of her taking control of a propellor plane while being instructed by the pilot.

She told her followers: ‘On cloud 9 right now!!!! First time flying a plane and first time in a prop plane!!! Geez I was scared!!!’

Britney did not attend Wednesday’s hearing in person as sources claim she and fiancé Sam Asghari had jetted off on holiday before it.

An insider told People: ‘Britney and Sam are currently out of town on vacation. She wanted to take the stress off ahead of today. Of course she’s happy with the result of the hearing.’

Britney has been working to end her conservatorship after 13 years of living under the rule, which meant she did not have control over her personal and financial decisions.

During a hearing at Los Angeles Superior Court on Wednesday, Judge Brenda Penny said her father Jamie remaining in charge of her estate was ‘untenable’.

She sided with the star’s lawyer Mathew Rosengart agreeing it was in the Toxic star’s ‘best interests’ that he be removed.

A temporary conservator will now be appointed before a later hearing takes place to decide if the conservatorship can be terminated entirely.

Britney had previously spoken to the court to detail the abuse she alleges she faced under the conservatorship, including being made to keep an IUD in her body to stop her having any more children.

She had asked for her father to be removed as co-conservator, and Jamie had also filed a petition to officially end the conservatorship at the start of September.