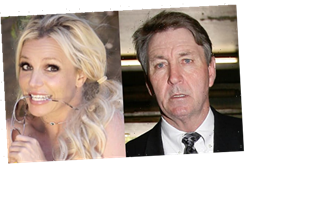 He fought hard against that, insisting that he has always done the right thing with Britney’s money.

Fans have had their doubts. And so does Britney.

This week, she took her widely reviled father to court over $300,000 that was spent without her knowledge.

Back in early 2019, Britney Spears went on an “indefinite work hiatus.”

Fans were saddened, but Britney’s supporters want to see her do what’s best for her.

As was revealed last year in court, Britney fears her father and refuses to perform while he remains her conservator.

No one was less happy about Britney’s hiatus, it seems, than her management.

For more than a decade, Britney has been managed by Tri Star Sports & Entertainment Group.

Upon Britney’s hiatus, her management firm wanted a new contract — a $500k annual minimum on top of a 5% commission.

In other words, they wanted half a million dollars of guaranteed annual income even if Britney wasn’t working.

According to Britney’s complaint in court, Jamie — as her conservator, totally in charge of her work and finances — agreed.

She complains that he did not even try to negotiate, but simply agreed to the deal unchallenged.

It should be noted that Lou Taylor, the head of that firm, is not exactly a favorite among Britney’s fans.

Short of Jamie himself, no name comes up more frequently in a negative light in #FreeBritney discussions than Lou.

Lou ultimately ended up resigning due to alleged “death threats,” though some fans suspect that this was merely an excuse.

So Jamie agreed to a massive financial demand without challenging it.

(And why would he, fans note — it’s easy to spend massive sums of money when it’s someone else’s fortune)

And then the recipient resigned. So what’s the issue?

Britney never gave her okay for the deal or the payment. She wasn’t even notified.

In court, she is asking that the payment be “disallowed” and returned to her account.

Britney believes that the payment was excessive and should never have been made.

Fans have speculated that she may also be objecting to the payment due to justified resentment of Lou.

If that is the case, Britney did not mention it in her court filing.

Jamie is, as is his habit, fighting Britney’s objection to the payment.

He admantly denies ever spending her money improperly, just like always.

Since the conservatorship means that Britney cannot “be the judge of that,” the fight went before an actual judge this week.

The hearing on the case took place on Wednesday afternoon.

As was well-documented, scores of #FreeBritney supporters showed up to support Britney’s ongoing fight for independence on multiple fronts.

There were also solidarity demonstrations elsewhere in the US, including New Orleans in her home state of Louisiana.

However, it sounds like the hearing itself only lasted about twenty minutes.

The judge issued a continuance, meaning that the parties will meet again in court … but were temporarily dismissed.

Thus far, reports on why the judge continued the proceedings are unclear, but this is shockingly common.

Fans can certainly see why someone — no matter the scope of their fortune — might be unhappy about a large payment made behind their back.

Conservatorship or no conservatorship, that is Britney’s money, even if she is not currently allowed to control how it is spent.