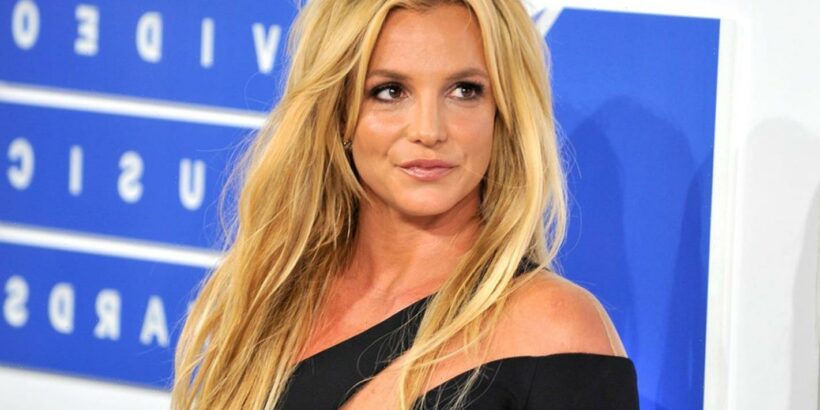 Britney Spears is expected to address the court Wednesday in the ongoing battle over her conservatorship for the first known time in more than two years. All eyes are on the pop star, awaiting what she’ll say.

The 39-year-old has been under a conservatorship – meaning she’s not in total control of her finances and other important life decisions – for the past 13 years.

The singer’s conservatorship has come under renewed scrutiny in recent months following the release of the New York Times’ documentary “Framing Britney Spears” and by the #FreeBritney movement.

Here is everything you need to know ahead of the conservatorship hearing:

Britney Spears is expected to address the court Wednesday in the ongoing battle over her conservatorship for the first known time in more than two years. (Photo: ETHAN MILLER/GETTY IMAGES)

Why is Britney Spears addressing the court in her conservatorship case?

In April, Britney Spears’ court-appointed attorney, Samuel Ingham III, said in a Los Angeles probate court hearing that the pop star had asked to speak to the court soon, and agreed with Judge Brenda Penny on a June 23 date, according to the Associated Press.

Wednesday marks the first time since May 10, 2019, that the singer has spoken in court. The last time, the courtroom was sealed and none of what she said became public.

It is not a given that the judge will make a decision at the hearing Wednesday regarding Britney Spears’ desire to remove her father from his conservator role.

The judge’s decision may depend on input from medical and mental health professionals assigned to assess the singer. Such assessments are not public record so it’s not clear whether or when those assessments have been made. Under California law the person who is under conservatorship has to be regularly assessed by a doctor.

Why does Britney Spears still have a conservator?

The singer suffered a mental breakdown in 2007, alarmingly played out before the paparazzi who captured her behaving erratically, at one point attacking a car with an umbrella and at another shaving her head.

When a person is considered to have a severely diminished mental capacity, a court can step in and grant someone the power to make financial decisions and major life choices for them.

California law says a conservatorship, called a guardianship in some states, is justified for a “person who is unable to provide properly for his or her personal needs for physical health, food, clothing, or shelter,” or for someone who is “substantially unable to manage his or her own financial resources or resist fraud or undue influence.”

The conservator, as the appointee put in charge is called, may be a family member, a close friend or a court-appointed professional.

Britney Spears is an unusual example of such a person because of her relative youth and her fame, but her case is helpful to those who have wanted for a long time to rewrite conservatorship law.

Her father, James “Jamie” Spears, 68, was appointed her co-conservator in 2008 along with a lawyer, Andrew Wallet, who resigned in March 2019. Jamie Spears continued as her sole conservator of her person and estate until he stepped down as conservator of person in September 2019. He still maintained control of her finances.

Jamie Spears was replaced by professional conservator Jodi Montgomery, who was appointed by a judge to care for Britney Spears’ security, visitors and medical treatment. It’s assumed Jamie Spears stepped down due to health issues after he “was hospitalized and almost died” from a ruptured colon in late 2018.

In November court hearings, Britney Spears’ lawyer, Ingham, told the judge the singer didn’t want her father to remain as her guardian, that she fears him, and that she would refuse to perform again if he continued to be in control. (Spears announced an “indefinite work hiatus” in January 2019.)

A judge gave private trust company Bessemer Trust Co. equal power with her father to manage her finances that month, but the judge rejected Britney Spears’ effort to remove her father from her conservatorship entirely. Jamie Spears objected to the proposed management arrangement with Bessemer, arguing that it reduced the power he’s held for years in the case, but the judge overruled his objections in February.

“It’s no secret that my client does not want her father as co-conservator, but we recognize that removal is a separate issue,” Ingham argued in court.

Britney Spears officially requested the resignation of her father as her personal conservator a month later, according to documents filed March 23 in probate court in Los Angeles. She sought to permanently replace him with Montgomery.

Britney Spears’ family speaks out about her conservatorship

During a July 2020 appearance on the “As Not Seen on TV” podcast, Britney Spears’ older brother, Bryan Spears, said his sister has “always wanted to get out of” the conservatorship, although “there was a need for it in the beginning.”

“It’s very frustrating to have,” the singer’s brother said during the rare interview. “Whether someone’s coming in peace to help or coming in with an attitude, having someone constantly tell you to do something has got to be frustrating.”

Britney Spears’ mother Lynne Spears, who has been allowed to take part in her conservatorshipas an interested party, said through her attorney in November that her daughter should not be forced to obey her father’s demands, calling their relationship “toxic.”

“Now it’s important for people to understand that I have zero respect for someone trying to control our relationship and constantly throwing obstacles our way,” he wrote. “In my opinion, Jamie is a total (expletive). I won’t be going into details because I’ve always respected our privacy but at the same time, I didn’t come to this country to not be able to express my opinion and freedom.”

In April, Lynne Spears asked the Los Angeles County Superior Court in a court filing to require her ex-husband’s law firm Holland and Knight to reimburse their daughter’s estate for several “unnecessary” fees. Lynne Spears and her lawyers argue the fees help promote a “national media tour” for the firm representing Jamie Spears and are being used to “combat media coverage that cast Mr. Spears in a negative light,” rather than working on conservatorship matters to help Britney Spears.

In response, Jamie Spears’ lawyers called on the court to overrule the objection, arguing that Lynne Spears is the one that is “not acting in the best interest” of her elder daughter.

Since February’s “Framing Britney Spears” documentary, all eyes have been on the pop singer with renewed interest in – and speculation about – her well-being.

The documentary explored the singer’s mental health challenges, inappropriate treatment by unrelenting media and the discord over her conservatorship, which sparked the resurgence of the #FreeBritney social media movement.

Since the "Framing Britney Spears" doc, all eyes have been on the pop singer with renewed interest in – and speculation about – her well-being. (Photo: FX / Hulu)

Advocates claim Britney Spears is using social media to send coded cries for help. They argue her father is using the law to trap and manipulate the pop star. Supporters include celebrities such as Rose McGowan and Miley Cyrus.

In May, Britney Spears shot down the allegations on Instagram, writing, “This is my Instagram.” The star also criticized the “hypocritical” documentaries that “criticize the media and then do the same thing.”

“Why highlight the most negative and traumatizing times in my life from forever ago ????” she asked, noting that her sights are set on the future,” although she’s “deeply flattered” by everyone’s concern.

“Far from being a conspiracy theory or a ‘joke’ as James reportedly told the media, in large part this scrutiny is a reasonable and even predictable result of James’ aggressive use of the sealing procedure over the years to minimize the amount of meaningful information made available to the public,” it states.

In December 2019, Britney Spears’ conservatorship won a defamation lawsuit against blogger Anthony Elia, whose website “Absolute Britney” was a predominant voice in the #FreeBritney movement. The case surrounded a post that accused the conservatorship of manipulating the singer’s social media accounts.

Zoe Brennan-Krohn, a staff attorney in San Francisco with the Disability Rights Project of the ACLU, says Britney Spears’ case doesn’t seem to meet the state standard for conservatorship, which is that the person can’t provide for her own food, clothing and shelter.

“As a general matter we worry about conservatorships and have found that it’s very easy to get into and extremely hard to get out of, and the problem is they are stripping a person of all her civil rights and liberties,” Brennan-Krohn says. “It can seem to be a sort of benign process if the conservator is well-meaning. But even if it seems benign, the person does not have their rights about basic things.”