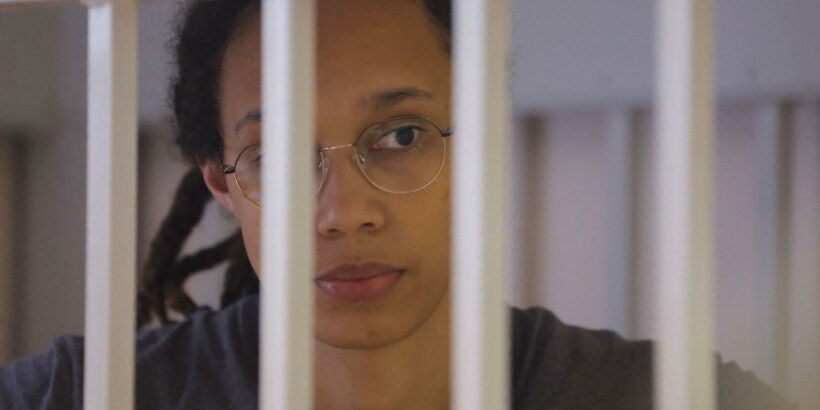 Brittney Griner’s defense team has filed an appeal against the verdict that has sentenced the WNBA player to nine years in prison after she was found guilty of smuggling illegal narcotics into Russia, Griner’s lawyer Maria Blagovolina told CNN.

In addition to the nine-year sentence, Griner was also fined $16,400. The sentencing and fine were handed down in a decision issued by Khimki city court Judge Anna Sotnikova on Aug. 4. While the judge maintains that the court took Griner’s partial admission of guilt into consideration, as well as her remorse and charitable actions, the U.S. State Department maintains that she is being wrongfully detained.

“Today’s conviction and sentencing by a Russian court of U.S. citizen Brittney Griner to nine years in prison further compounds the injustice of her wrongful detention,” Secretary of State Antony J. Blinken shared in a press statement at the time. “This step puts a spotlight on our significant concerns with Russia’s legal system and the Russian government’s use of wrongful detentions to advance its own agenda, using individuals as political pawns.”

Griner pleaded guilty to drug possession charges after vape cartridges containing cannabis oil were discovered in her luggage at a Moscow-area airport in February when she arrived to play for the Yekaterinburg team during the WNBA offseason. Despite Griner’s insistence that the cartridges were packed accidentally, it was not expected that Russia would return with anything other than a guilty verdict, given its legal system’s track record for rarely acquitting defendants.

“I call on Russia to release her immediately so she can be with her wife, loved ones, friends, and teammates,” President Joe Biden shared in a press statement. “My administration will continue to work tirelessly and pursue every possible avenue to bring Brittney and Paul Whelan home safely as soon as possible.”

In addition to the appeal, conversations are ongoing about a potential prisoner swap with Russia that would secure the release of both Griner and Paul Whelan, the U.S. Marine Corps veteran and former security executive who the U.S. government claims was “wrongly detained” on an espionage conviction in 2018. The State Department has offered the release of convicted Russian arms dealer Viktor Bout in exchange for the two detainees. However, it has been reported that Russia countered that offer with a “bad faith” response.

“I made an honest mistake, and I hope that in your ruling, that it doesn’t end my life here,” Griner told the court at her sentencing.

Alexander Boikov, a lawyer at Moscow Legal Center who represented Griner in court, told Reuters: “We demand to overturn the verdict passed by the Khimki court and impose a new sentence.”