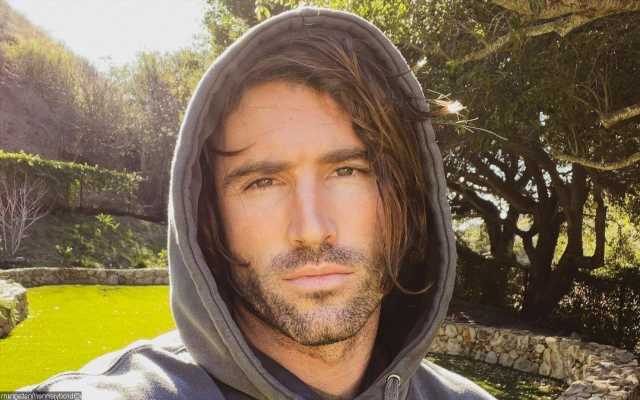 In a video that circulates online, a stranger randomly rushes ‘Brody and his friends in a VIP section’ as he’s partying at a Las Vegas club and puts the son of Caitlyn Jenner a headlock.

AceShowbiz –Brody Jenner‘s birthday celebration was disrupted. It was reported that “The Hills” star was assaulted by a random person while he was partying at OMNIA Nightclub at Caesars Palace on Friday, August 20.

In a video obtained by TMZ, the stranger randomly “rushed Brody and his friends in a VIP section” while Steve Aoki was on the stage. The footage saw the son of Caitlyn Jenner beinglocked with a headlock. His friends and security guards attempted to help as Brody pushed the attacker to the ground.

When the man was on the ground, Brody quickly attacked him back, kicking him before they were separated. The chaotic night didn’t stop though as a woman was seen screaming at him. The said woman also appeared to throw a cup at the TV personality.

Despite the eventful night, the news outlet claimed that no one was arrested following the altercation. Brody allegedly continued celebrating his 38th birthday without another incident. It remains to be seen why he was attacked and who was the random guy who assaulted him that night.

The wild night arrived just days after news about his half-sister Kylie Jenner expecting her second child with Travis Scott (II) hit the web. While Kylie has yet to comment on the rumors, Caitlyn appeared to fuel the rumors as she said that she is expecting another grandchild. However, TMZ then reported that it’s the transgender icon’s son Burt, and his wife, Valerie, who are expecting their third child.

Kylie and Travis started dating in 2017 after she broke up with Tyga. They welcomed daughter Stormi Webster the following year. The two have since been in an on-and-off relationship. Despite that, they are able to keep things amicable while co-parenting their daughter.