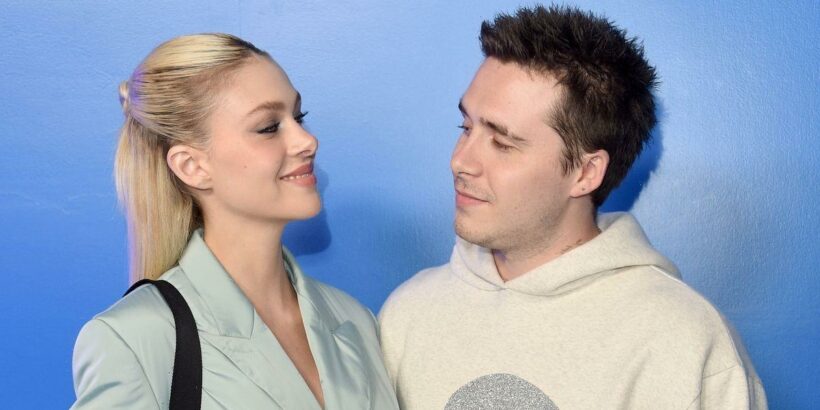 Brooklyn Beckham has seemingly spoken out on the reported family feud after new details around his mum Victoria Beckham and wife Nicola Peltz's issues emerged.

Rumours around the struggles the two families have shared have been circulating ever since Brooklyn, 23, and Nicola, 27, tied the knot in a star-studded £3 million ceremony in Florida back in April this year.

Now, it appears Brooklyn has shared exactly where he stands – and it is firmly by Nicola's side. Speaking to Vogue Hong Kong, he said: "We always have each other’s back, no matter what."

The young actress and the fashion designer have found themselves at the centre of rumours over recent weeks, with many speculating that the pair no longer get along despite once being close.

The rumour mill has been spinning that a rift stemmed from disagreements leading up to and on the day of Nicola and Brooklyn's nuptials, with one issue said to be a speech made by Marc Anthony gushing over Victoria during the wedding reception.

A source told DailyMail.com: "It was totally just an ode to Victoria and how awesome she is. Nicola loves to be the center of attention, especially on her wedding day. So this really, really p***ed her off."

"She stormed off in the middle of her wedding reception with [sister] Brittany and her mom, and was crying her eyes out," they added.

While another insider claimed that the Transformers actress was actually upset over Victoria reportedly stealing her first dance with Brooklyn for a mother-son dance instead, which was said to be set to Marc Anthony's You Sang To Me.

"Nicola left the room because she and Brooklyn thought Marc was introducing them for a special dance to a love song the couple had chosen. But without any warning and at the request of Victoria, Marc switched it to a mother-son dance using the same song," the source explained.

They continued: "Most of the guests could tell something off had happened. It was uncomfortable for the couple who were thinking it was to be a special moment for them."

Another moment of tension emerged when Victoria failed to invite Nicola and Brooklyn to a Paris Fashion Week show she was hosting.

A source told the publication: "Victoria didn't call Brooklyn and say, 'Hey I'm having this show, we'd love to have you there'. They first they found out about it was from Women's Wear Daily.

"People close to Nicky have said that they think it's because Victoria's concerned that all of the attention will be on Nicola and Brooklyn, that they'll steal the thunder of the show."