Camila Cabello was spotted enjoying the weather in New York City while wearing a stylish outfit after promoting her new ‘Cinderella’ movie.

Camila Cabello, 24, spent time staying active in the Big Apple on Saturday! The singer was photographed riding a bike with a friend while wearing a hot pink sleeveless crop top and matching bike shorts. She had most of her dark hair up with some strands hanging down and added small hoop earrings to her look as well as white sneakers. 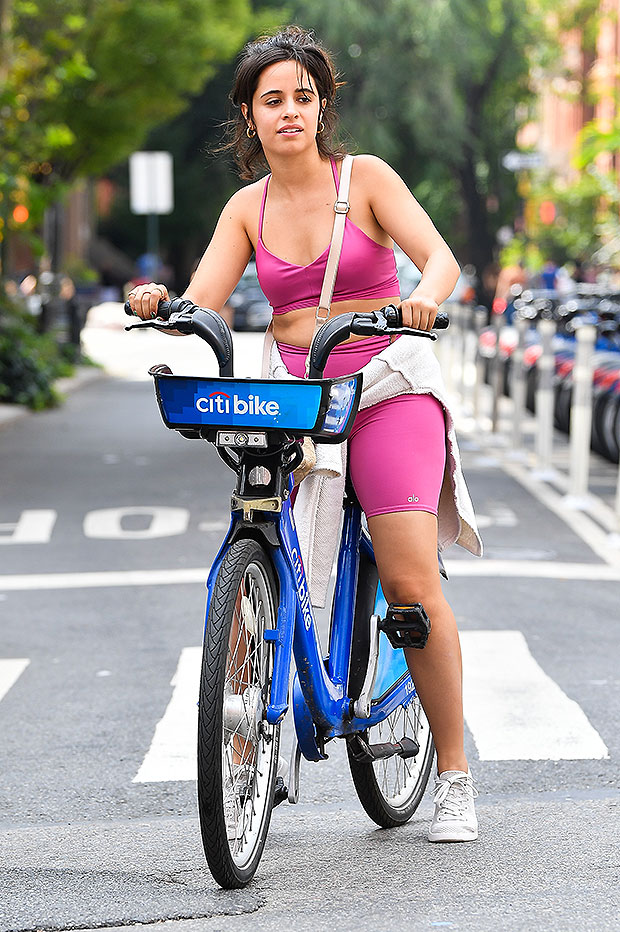 At one point, the talented beauty, who appeared to be makeup-free, was also seen walking while a white sweatshirt was tied around her waist. She held her phone and a book and engaged in conversation with her pal as she flashed smiles throughout. 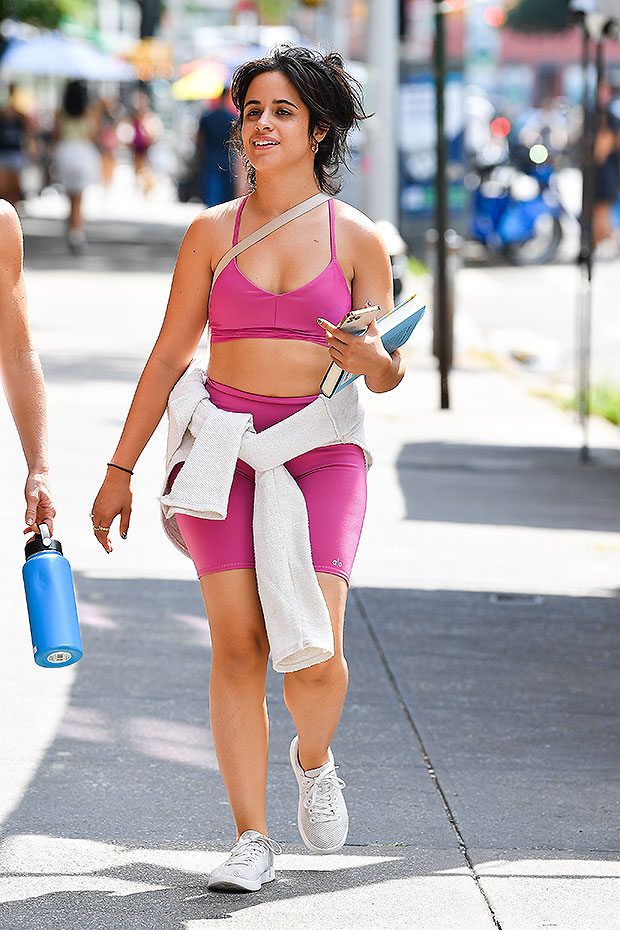 Before Camila’s latest NYC outing, she made headlines for arriving in the city at JFK airport. She again wore a fashionable comfortable outfit that included a light pink long-sleeved crop top and matching pants as well as a black face mask. She added black and white sneakers to her look and had her hair tied back as she made her way outside.

Camila’s been jet-setting from one coast to another to promote her new film, Cinderella. The remake of the flick has her in the title role and also stars Billy Porter, Idina Menzel, and James Corden. All four of the stars recently had fun doing a musical sketch outside in Los Angeles and made quite the impression to drivers who happened to pull up to the area they were performing in. Camila even wore a gorgeous light pink princess-style dress during the memorable moment.

When she’s not busy doing gigs for her successful career, Camila makes sure to spend time with her boyfriend Shawn Mendes, 23. The lovebirds recently showed up to the premiere of Cinderella and looked incredible on the red carpet as they posed for epic photos. He also took to Instagram to share a PDA-filled pic of them kissing as well as a sweet message about how proud he was of her. “Such a beautiful movie with a beautiful message 🤍 te amo mi vida,” part of it read.