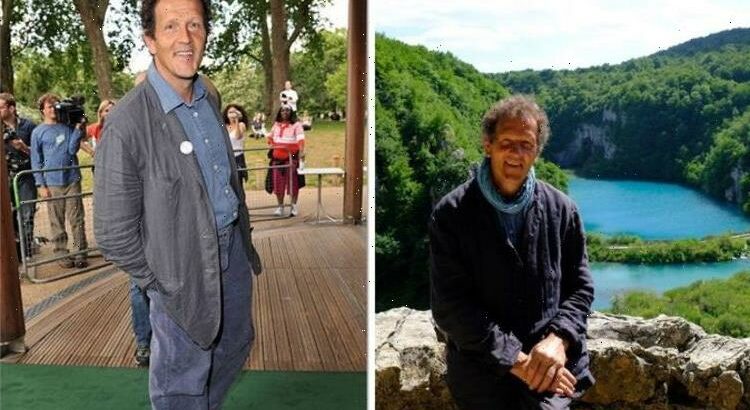 Monty Don, 66, has taken to Twitter to address an angry follower who has had something to say about his TV show Adriatic Gardens. The horticulturist replied to the social media user calmly.

Monty was addressed by a follower who claimed that his show, Adriatic Gardens, was a waste of time.

He added that it would be more appropriate to call the show Icelandic Gardens as this would be more relatable for British viewers.

He continued, saying that Monty is only doing the show for “holidays”.

@S05136972 said, in full on January 14: “What a waste of time viewing Adriatic gardens for UK gardeners. More appropriate, would be Icelandic gardening.

The exchange happened in full view of Monty’s 246,600 followers.

The show sees the gardener travelling down the Adriatic Coast, starting in Venice.

Carol Adams, head of biodiversity and horticulture at the 725 acre Trentham Estate in Staffordshire, also shared some tips with Express readers on January 8, as to how they might go about creating an Italian-inspired outdoor space.

Italian gardens are inspired by Renaissance landscaping, such as Villa d’Este in Lake Como, which have set the benchmark for Europe’s most famous gardens.

Monty assured viewers that the Mediterranean climate is not an essential part of recreating an Italian garden at home.

Carol said: “Italian design is really big on unity, which is the repetition of materials and shapes, the simplicity makes the design bolder and more calming.

“The use of natural materials celebrates the beauty of controlled nature through evergreens, water and stone.

“There is really strong symmetry in the design of the space, which might be mirrored with just one line of symmetry running down the centre or can be more complex where it folds on itself in 90 and 180 degree angles.”

She reassured fans that there were ways to recreate the Mediterranean feel without having the necessary climate to match.

She explained that the process involves using evergreens as low hedges for a low maintenance garden.

In full, the expert said: “To create the feel in the UK we can borrow the idea of using evergreens as low hedges to borders or to create topiary notes combined with coloured gravels to create a rain permeable low maintenance garden.”

Carol added that eye-catching features such as pools or plinth bases were helpful for creating the Italian feel.