Cara Santana got some wedding day inspiration from the woman whose nuptials have been dubbed the “wedding of the year” — Meghan Markle!

The Santa Clarita Diet actress, 33 — who is engaged to Desperate Housewives alum Jesse Metcalfe — attended the Marie Claire Fresh Faces event in West Hollywood on Friday, April 27, where she shared some details about her big day.

“I can tell you it’s across [the] pond,” Santana told Us Weekly. “I’m taking a little cue from my old friend Meghan Markle.”

While Santana said she and Metcalfe will not be attending the wedding of the Suits actress and Prince Harry, she is certain her pal is “going to be a beautiful bride.” Joking she’ll be there “in spirit,” the Reunion actress admitted she’ll be tuning in with the rest of the world to watch the wedding on May 19. 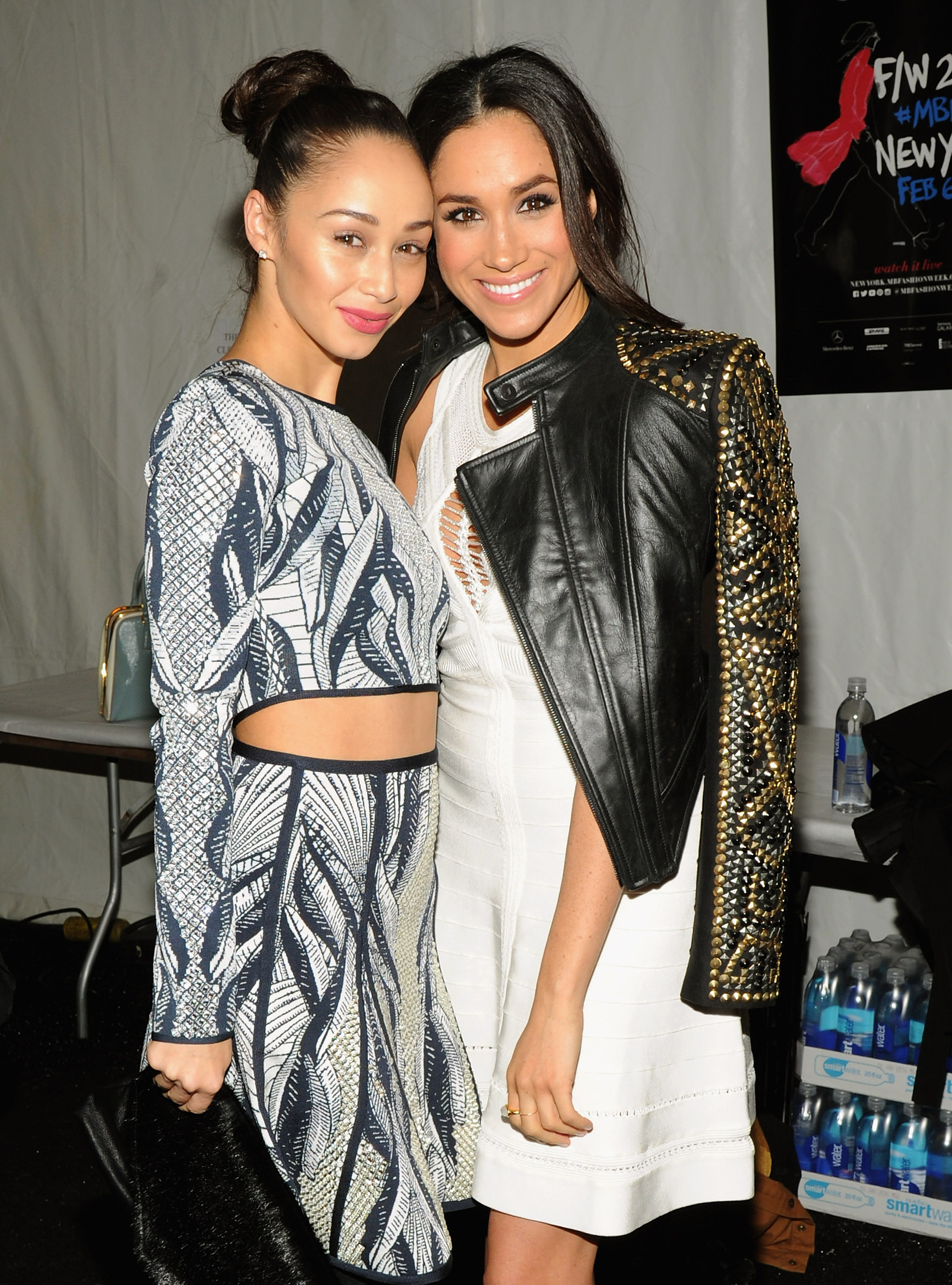 As for her own ceremony, Santana said her own wedding has been pushed back to August next year due to Metcalfe’s Chesapeake Shores filming schedule: “We were hoping to do 2018 but his production schedule got pushed back so we’re moving everything to 2019. I’m so excited and it’s going to be great.”

The happy couple — who are currently producing a film together that the John Tucker Must Die actor will be directing — dated for 10 years before getting engaged in August 2016. Metcalfe proposed on a yacht in front of the New York City skyline on the fashion blogger’s 30th birthday.

“It’s been a long time coming, but we couldn’t be happier,” Metcalfe told Us Weekly at the time.

With reporting by Nicole Pajer